Home > Back to Search Results > Early and rare title... published for only a few months...
Click image to enlarge 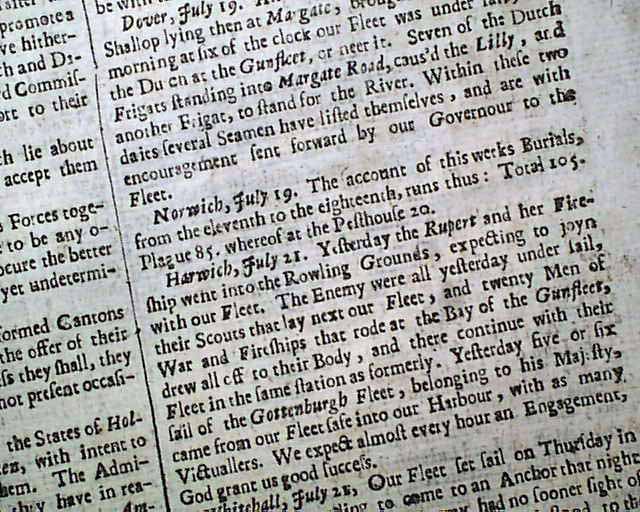 Early and rare title... published for only a few months...

This is a very rare title as it lasted for only 24 issues, ending publication when the Great Fire of London struck in September of 1666. It was founded by famed publisher Henry Muddiman who was involved in several early publications including the first 2 issues of the London Gazette, eventually founding this newspaper as a competitor to it (format was virtually identical) but it never revived after the printing house was destroyed by the Great London Fire.
News reports of the day from various European cities plus an item from Norwich noting that 85 had died the past week from the Plague, plus another 20 at the Pesthouse (see).
A single sheet, 11 by 7 inches, very nice condition.