Home > Working towards a commercial treaty with England...
Click image to enlarge 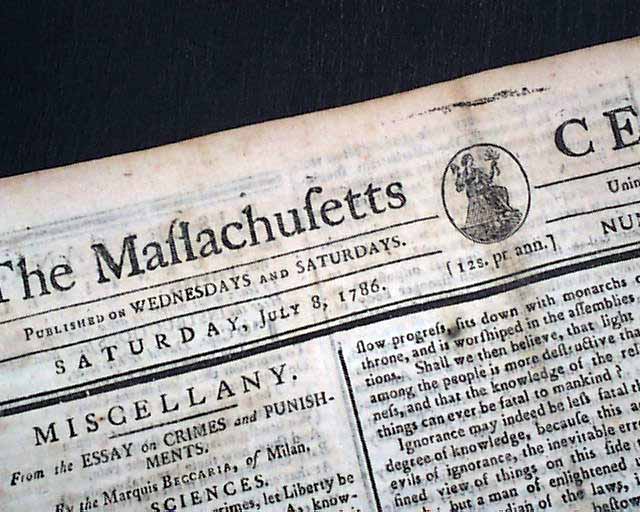 Working towards a commercial treaty with England...


THE MASSACHUSETTS CENTINEL, Boston, July 8, 1786  Page 2 reports are datelined from Charlestown, Boston, Bennington, New York, Madrid, London, and Charleston, the latter beginning: "No official account has yet been received by the governour of this state from the governour of Georgia relative to the Indian ravages...". Also: "...letters...from England, which state that Mr. Pitt has delivered his ultimatum to Mr. Adams, which is, that when America has fully complied  with the terms of the late treaty, by repealing such laws as operate against it, then, and not before, Great Britain will be ready to open a commercial negociation." (see)
Four pages, very nice condition.