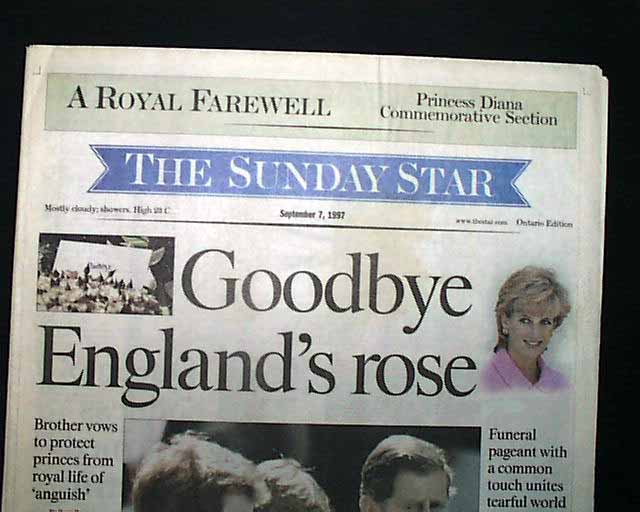 The front page has the two-line, full banner heading: "Goodbye England's Rose", with a color photo of Princess Diana within the heading. Other headings and subheading include: "Brother Vows to protect princes from royal life of 'anguish'" and "SkyDome crowd was never so solemn." The backpage of the front section has: "Diana's brother takes aim at monarchy, paparazzi" and "Only  one thing missing: The princess herself." Page two has much on the death of Mother Teresa as well, with photo. Page 13 has additional coverage of the death of Princess Diana, with another related photo along with a photo of Elton John sitting at the piano at the conclusion of his performance of "Candle in the Wind".
Only the front section is included (20 pages), but is in excellent condition.