Home > Back to Search Results > Letter bomb sent to Nixon... The war in Vietnam close to an end...
Click image to enlarge 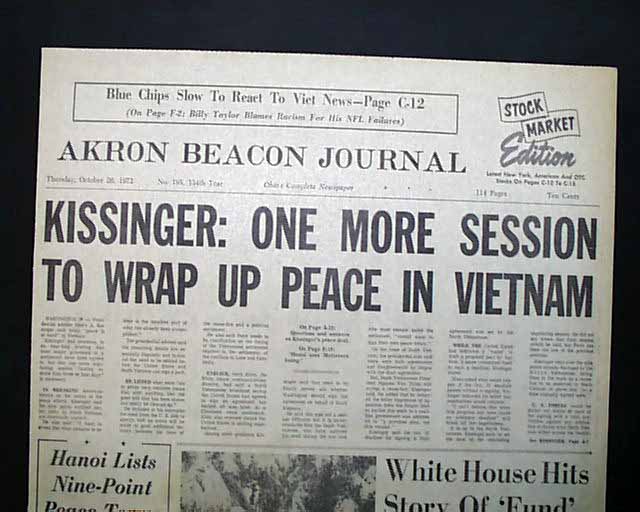 The war in Vietnam close to an end...

The front page has several items related to the final days of the Vietnam War:  "Hanoi Lists Nine-Point Peace Terms" (which includes the text of the 9 points), "Kissinger: One More Session To Wrap Up Peace In Vietnam", and the only somewhat related: "Booby-Trap", with a photo of the letter bomb sent to President Richard M. Nixon - intercepted by Israeli Postal workers in Tel Aviv. While the Paris Peace Accord  would not be signed until a few months later, Henry Kissinger's efforts during this period would eventually earn both he and Vietnamese politburo member Lê Äá»©c Thá» a Nobel Peace Prize.
First leaf only, but in very nice condition. Some of the articles continue on inside pages which are not present - however, the leaf is quite displayable.