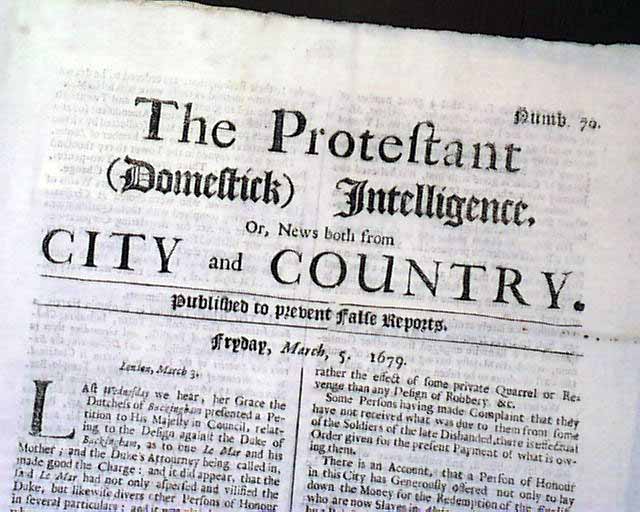 
THE PROTESTANT (DOMESTICK) INTELLIGENCE, OR NEWS BOTH FROM CITY AND COUNTRY, London, England, March 5, 1679

Here is a rare opportunity to purchase a newspaper by Benjamin Harris. Harris was the first newspaper publisher in the colonies, having published "Public Occurrences Both Foreign & Domestick" in Boston in 1690. It lasted for only one issue.
Before emigrating to the colonies, he published this newspaper in London, but he was eventually put in jail and upon release headed for the colonies. A fine opportunity for a Harris imprint (his name appears at the bottom of the back page).
This single sheet issue is untrimmed with wide margins and is in  great condition. Measures 8 1/4 by 12 1/4 inches.