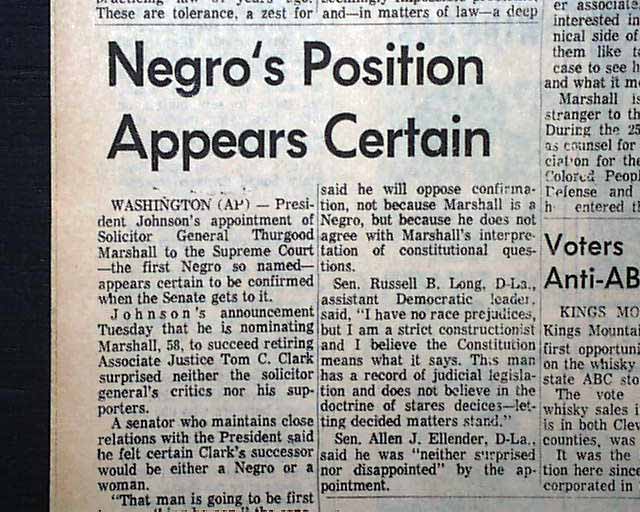 Page 22 has articles headed: "First Supreme Court Negro Is Easy-Going" and "Negro's Position Appears Certain", the latter article beginning: "President Johnson's appointment of Solicitor General Thurgood Marshal to the Supreme Court -- the first Negro so named -- appears certain to be confirmed when the Senate gets to it...". Included is a caricature illustration of him.
Complete in 50 pages, small binding holes at the spine, nice condition. Mailing label is in the headline of the front page.