Home > Back to Search Results > Some naval-themed reports...
Click image to enlarge 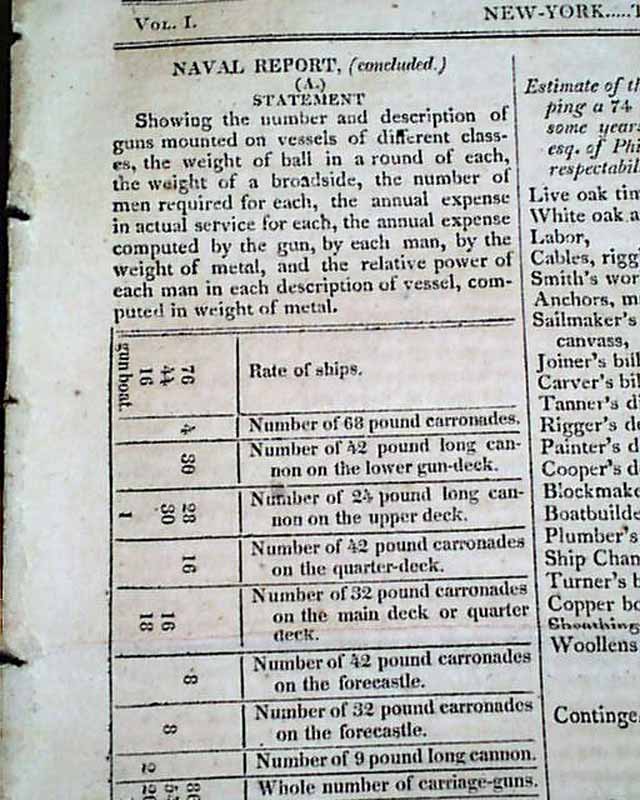 
THE WAR, New York, Jan. 26, 1813  Much of the front page is taken up with naval concerns with the first column being the conclusion of a: "Naval Report" being a chart with various particulars of the different ships. Also a report headed: "United States frigate Constitution" (see) which carries over to take all of pg. 2 & some of pg. 3.
Other articles include: "Admiral Warren's Fleet" "Battle With the Indians" "General Tecumseh" "Tribute of Respect" and more.
Four pages, 9 3/4 by 12 1/4 in., never-trimmed margins, very nice, clean condition.