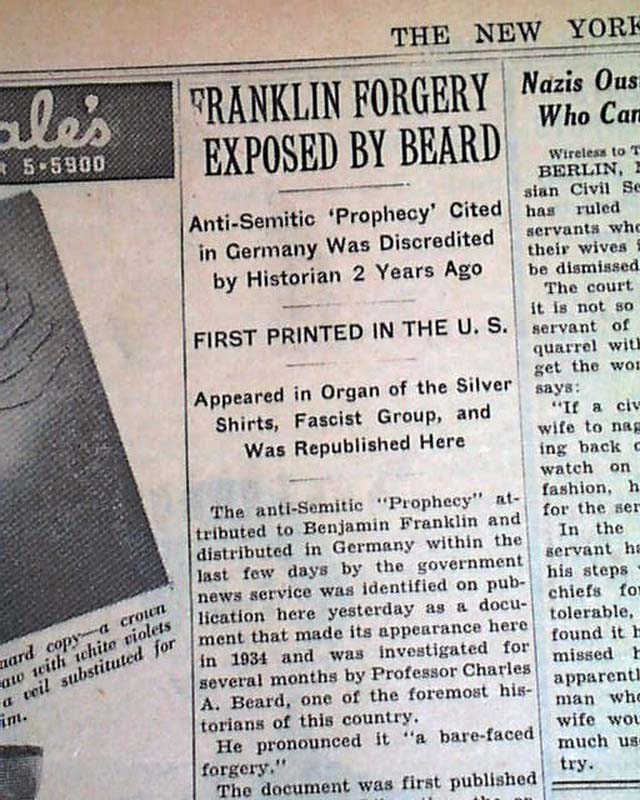 Page 9 has one column headings that include: "FRANKLIN FORGERY EXPOSED BY BEARD" "Anti-Semitic 'Prophecy' Cited in Germany Was Discredited by Historian 2 Years Ago" and more. (see)
Other news, sports and advertisements of the day. Complete in 48 pages, a little margin wear, a few margin tape mends within, generally good.