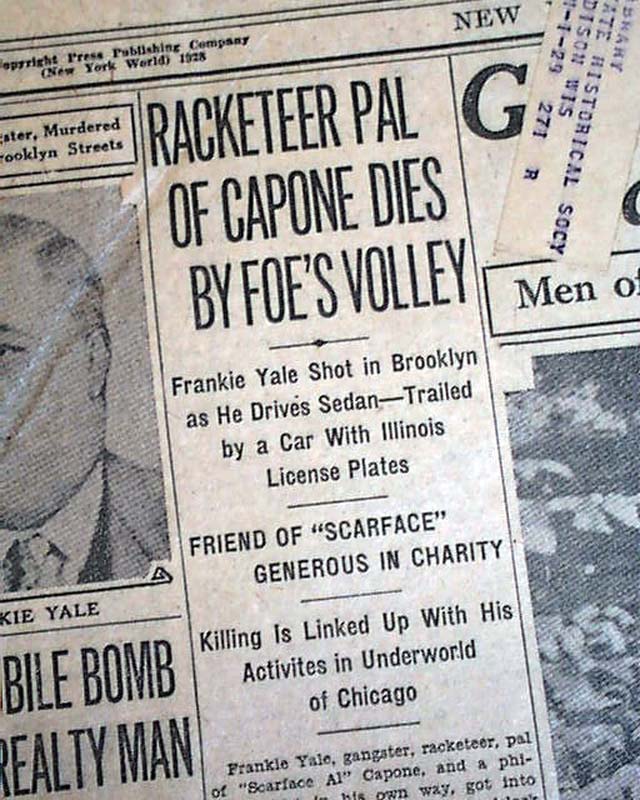 The front page has an article headed: "RACKETEER PAL OF CAPONE DIES BY FOE'S VOLLEY" "Frankie Yale Shot in Brooklyn as He Drives Sedan--Trailed by a Car With Illinois License Plates" and more. (see) Reports on Capone this early are somewhat rare, prior to the St. Valentine's Day massacre.
Other news, sports and advertisements of the day. Complete in 28 pages, some margin wear, mostly along the left margin with unrelated text loss, otherwise good.