Home > Back to Search Results > Broadside declaration of the war's end....
Click image to enlarge 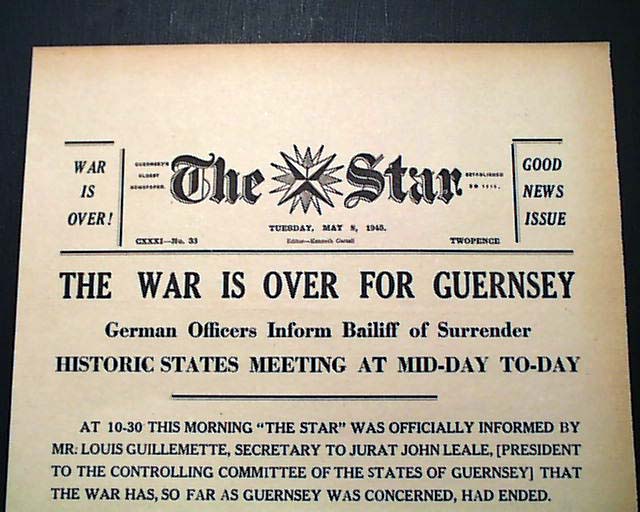 Broadside declaration of the war's end....

This English-speaking island in the English Channel was under Nazi control during World War II. This is a broadside issue (a single sheet printed on the front only; back is blank), of larger size than this newspaper typically published.
With just one column of text stretching from edge to edge it is headed: "THE WAR IS OVER FOR GUERNSEY, German Officers Inform Bailiff of Surrender, Historic States Meeting At Mid-Day To-Day".
Printed on either side of the masthead are: "War Is Over!" and "Good News Issue".
Measures 11 3/4 by 19 inches, it was once folded into a volume and when trimmed at the fold there was loss to just half of one line of text although still partially readable (see), and archivally mended on the reverse at this location. Otherwise the broadside is in excellent condition. 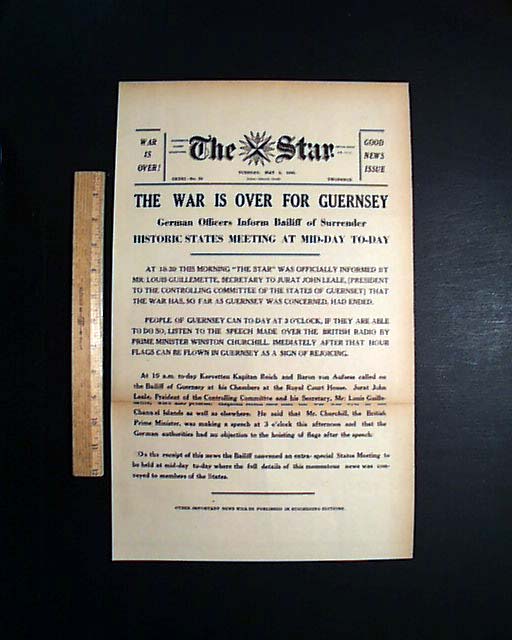 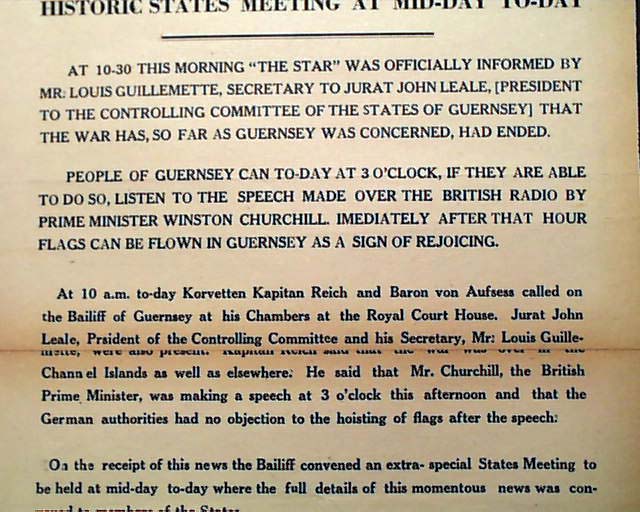 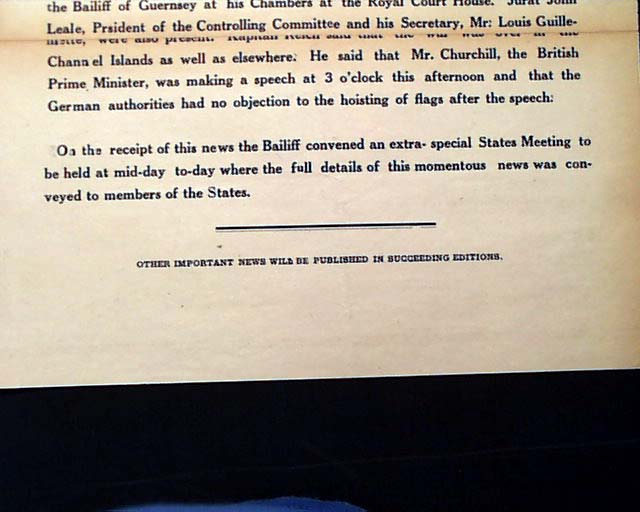 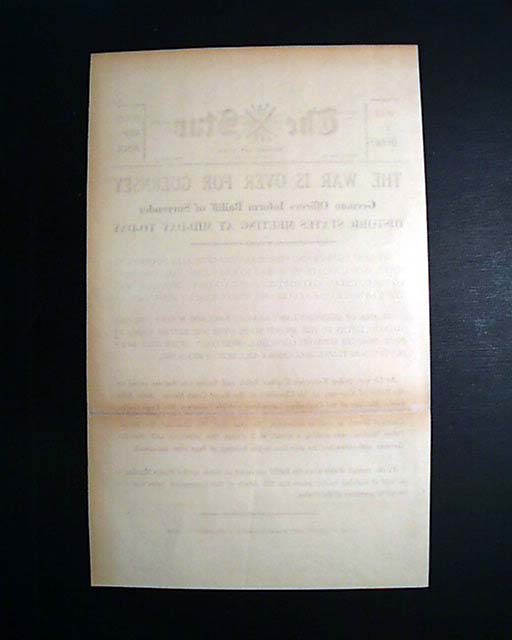