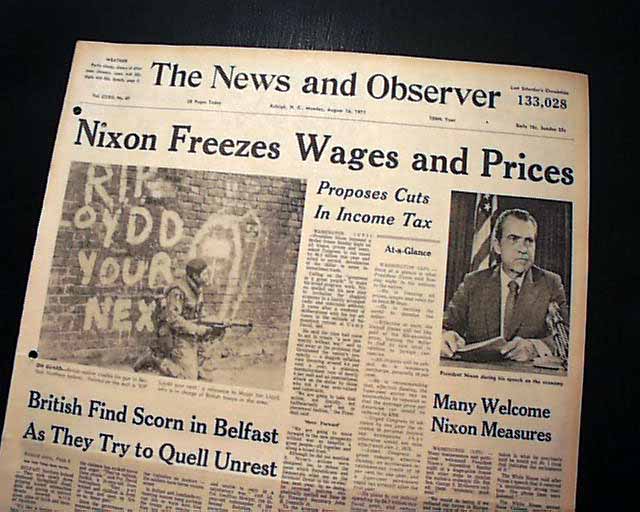 The front page has a banner headline: "Nixon Freezes Wages and Prices" with subhead: "Proposes Cuts In Income Tax" with photo of Nixon. (see) This pertains to President Richard Nixon's announcement of the Famous 90-Day Price freeze on wages, products, and rents.  This event signaled the completion of the break from the gold standard, ending convertibility of the United States dollar into gold by foreign investors.
Other news, sports and advertisements of the day. Complete in 28 pages, a few binding holes along left side, otherwise nice.