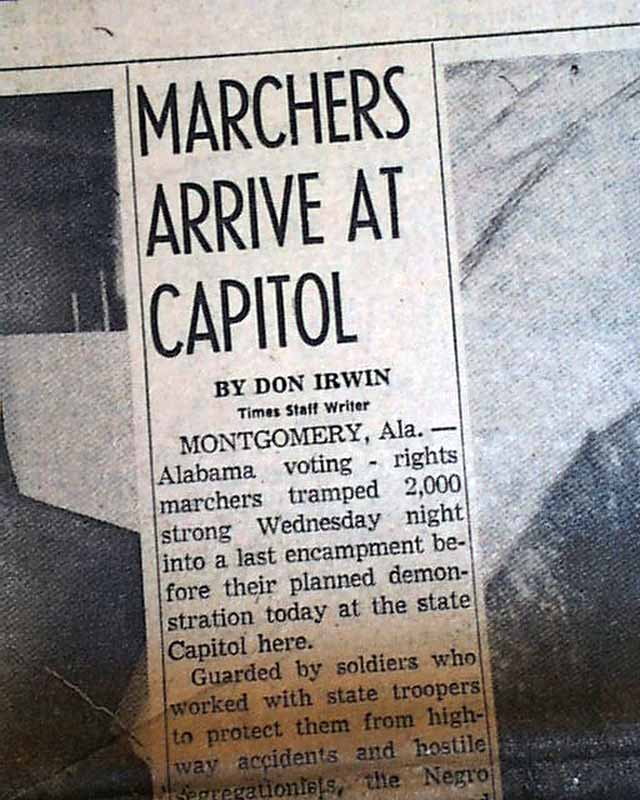 
LOS ANGELES TIMES, March 25, 1965  The banner headline is an ominous and prophetic statement concerning the future of the Vietnam War during this early stage of American involvement: "VIET CRISIS GROWS" as well as: "Red China Would Send Troops". This report notes that Red China is committed to sending troops to fight in Vietnam if the Americans persist in their growing involvement, and that they would: "...fight together with the South Vietnamese people to annihilate the U.S. aggressors." American involvement in the Vietnam War would only continue to grow for another 8 years. This is in response to the event of 3 weeks prior when the first American combat troops arrived in Vietnam, joining a force of 23,000 American "advisors". This event began principal United States involvement in the Vietnam War.
The ftpg. also has a report of a Los  Angeles Civil Rights delegation leaving for the Selma to Montgomery March lead by Martin Luther King, Jr.
The complete first section (of 7), very nice condition.