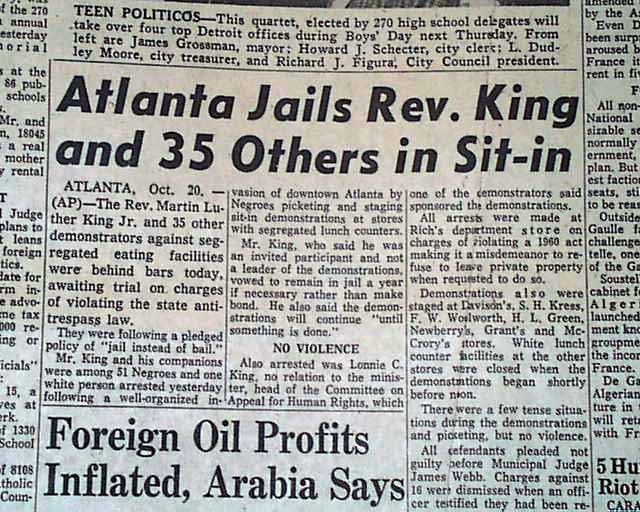 Page 7-D (inside, near the back) has a three column heading: "Atlanta Jails Rev. King and 35 Others in Sit-in". This is 1st report coverage on Martin Luther King Jr.'s arrest during a sit-in waiting to be served at a restaurant. He would be sentenced to four months in jail, but after intervention by John Kennedy and Robert Kennedy, he is released.

Other news, sports and advertisements of the day. Complete in 50 + pages, a little margin wear, otherwise in good condition.