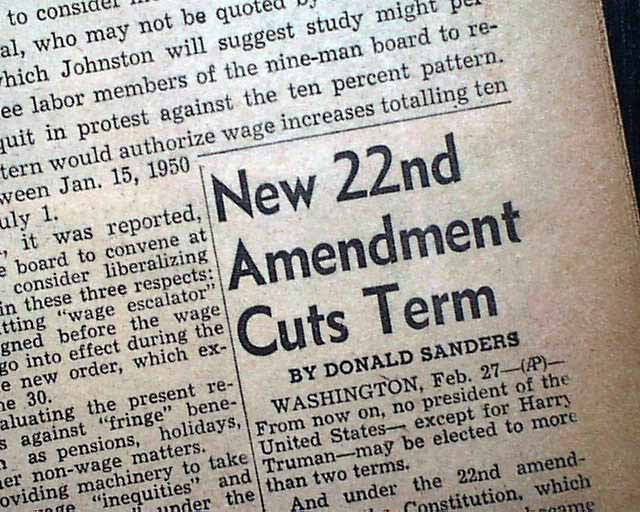 The front page has a one column heading: "New 22nd Amendment Cuts Term". 1st report coverage on the passing of the twenty-second amendment which sets a term limit to two for the president of the United States.

Other news and advertisements of the day. Complete in 12 pages, irregular along the spine, otherwise in good condition.