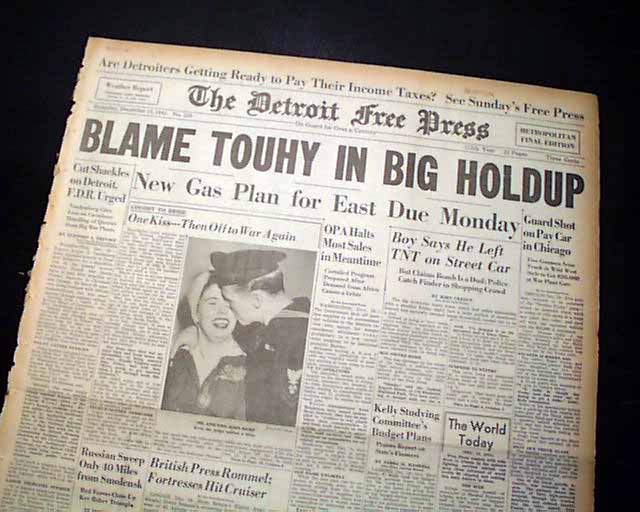 This 22 page newspaper has a nice banner headline on the front page: "BLAME TOUHY IN BIG HOLDUP" with subheads. 1st report coverage on a armored truck holdup while Touhy was on the run after a recent prison break.