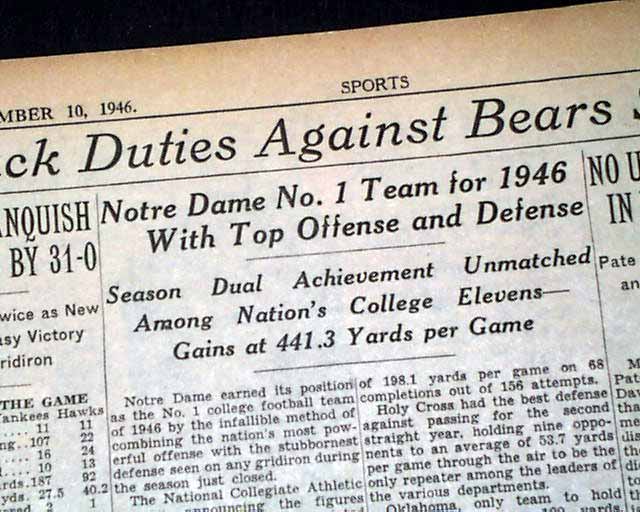 This 64 page newspaper has two column headlines in the sport's section (page 44): "Notre Dame No. 1 Team for 1946 With Top Offense and Defense" and "Season Dual Achievement Unmatched Among Nation's College Elevens--Gains at 441.3 Yards per Game"

This issue contains other news, sports and advertisements of the day throughout. It is complete with minor margin wear, but it otherwise in nice condition.