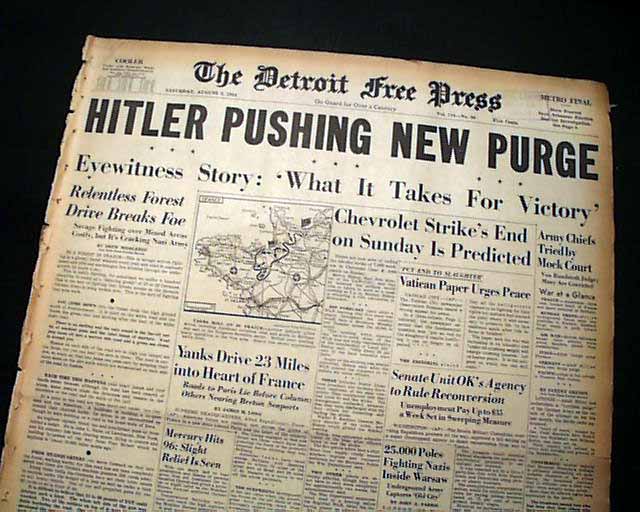 This 16 page newspaper has a nice banner headline on the front page:
"HITLER PUSHING NEW PURGE"

See photos for coverage on Adolph Hitler's order to arrest several Nazi leaders that were involved in Operation Valkyrie.

Other news, sports, and advertisements of the day with much on World War II are included. This issue also has a little margin wear, but is otherwise in good condition.