Home > Nazi persecution of the Jews in 1933...
Click image to enlarge 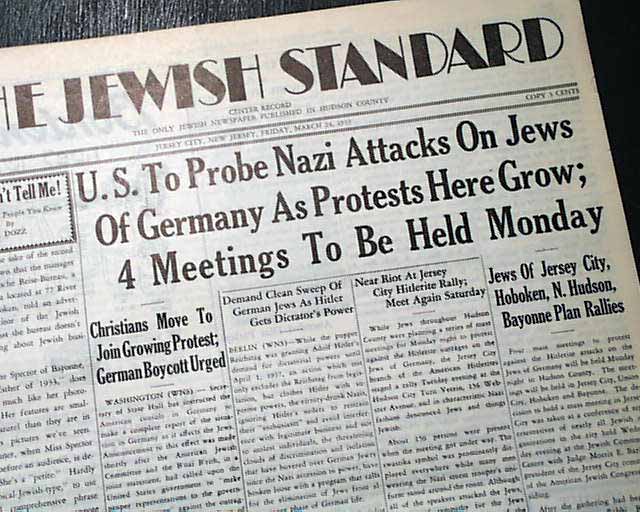 * Persecution of the Jews in Germany
* Nazis attacks protested

The top of the front page includes: "U.S. To Probe Nazi Attacks On Jews Of Germany As Protests Here Grow; 4 Meetings To Be Held Monday" with various related subheads including; "Demand Clean Sweep Of German Jews As Hitler Gets Dictator's Power" (see photos). This is a very early report concerning Nazi prosecution of Jews in Germany, and appropriate to have in a Jewish publication.

Eight pages, some chipping at the margins & margin tears do not affect text, otherwise good condition.