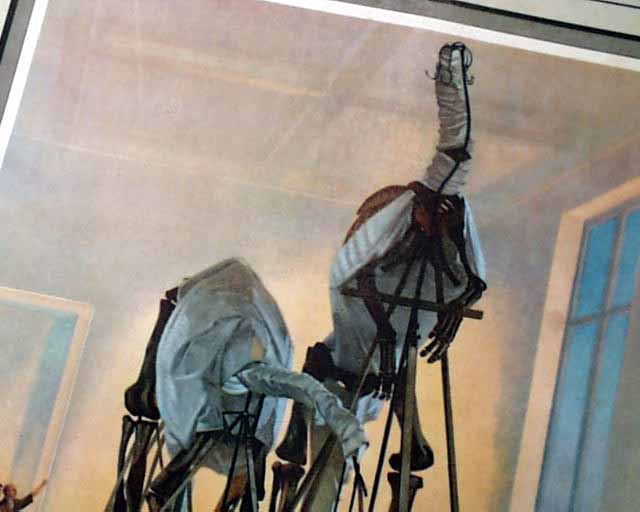 
SCIENTIFIC AMERICAN, New York, August, 1926  Still has the outer color wrappers, the front cover showing the: "Modern Method Of Moving Monsters" showing 2 dinosaurs midway through their construction being moved (see). Inside has a nice photographed article on: "The Education of a Parachute Jumper"  & another on early aircraft carriers (see) as well as other interesting scientific inventions & improvements.
The complete issue, never bound, some minor loss at the spine of the outer wrappers, generally nice condition.