Home > Back to Search Results > Battle of Guadalcanal in 1942...
Click image to enlarge 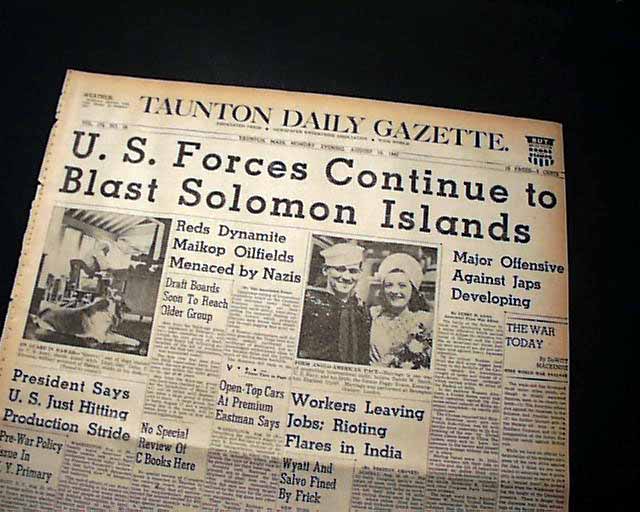 This 10 page newspaper has a banner headline on the front page: "U. S. Forces Continue to Blast Solomon Islands" with subhead (see photos).

Other news of the day throughout which much on World war II. Light browning with minor margin wear, otherwise good condition.