Home > What to do with the anti-federalists...
Click image to enlarge 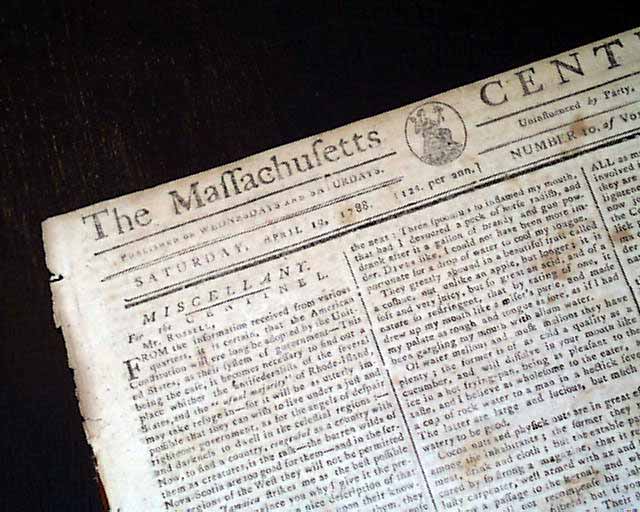 What to do with the anti-federalists...

The top of the front page begins with a letter: "From the information received...it is certain that the American Constitution will ere long be adopted by the United States as their system of government...necessary to find out a place whither the antifederalists...may take refuge in--for it will be utterly impossible that they can wish to live under a just & righteous government...the barren wilds of Nova Scotia are too good for them...Jamaica strikes me as the best possible place...such an asylum is prepared for them they will emigrate to it; & thereby save the expense & trouble of sending them there." Following this is a less than flattering description of Jamaica which begins: "Jamaica is the dunghill of the universe, the refuse of the whole creation..." then it starts getting bad (see for portions).
Inside has a few bits on the Constitution and an item headed: "Of the Slave Trade" (see). Four pages, scattered foxing, generally nice condition.