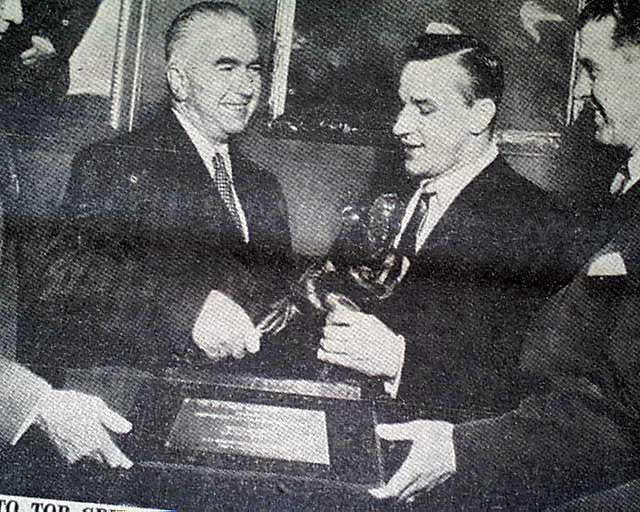 This 44 page newspaper has a three column photo of Vic Janowicz receiving the Heisman Trophy with brief text (see photos).

Other news of the day throughout. Minor margin wear with small binding holes along spine, otherwise in good condition.