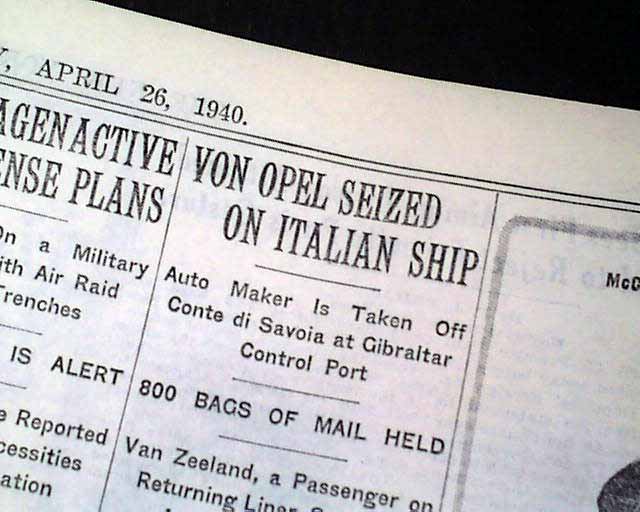 This 46 page newspaper has one column headlines on page 10 that include: "VON OPEL SEIZED ON ITALIAN SHIP" "Auto Maker Is Taken Off Conte di Savoia at Gilbraltar Control Port" and more (see photos). He was considered a dangerous alien during wartime with his great knowledge of rocketry at the time.

Other news of the day throughout with much on World War II. Complete with 46 pages, measuring 15 1/2 by 21 inches, this rag edition is in great condition.

wikipedia notes: Fritz Adam Hermann Opel, since 1918 von Opel (4 May 1899, Rüsselsheim, Grand Duchy of Hesse - 8 April 1971), was the only child of Wilhelm von Opel, and a grandson of Adam Opel, founder of the Opel Company. He is remembered mostly for his spectacular demonstrations of rocket propulsion that earned him the nickname "Rocket Fritz". 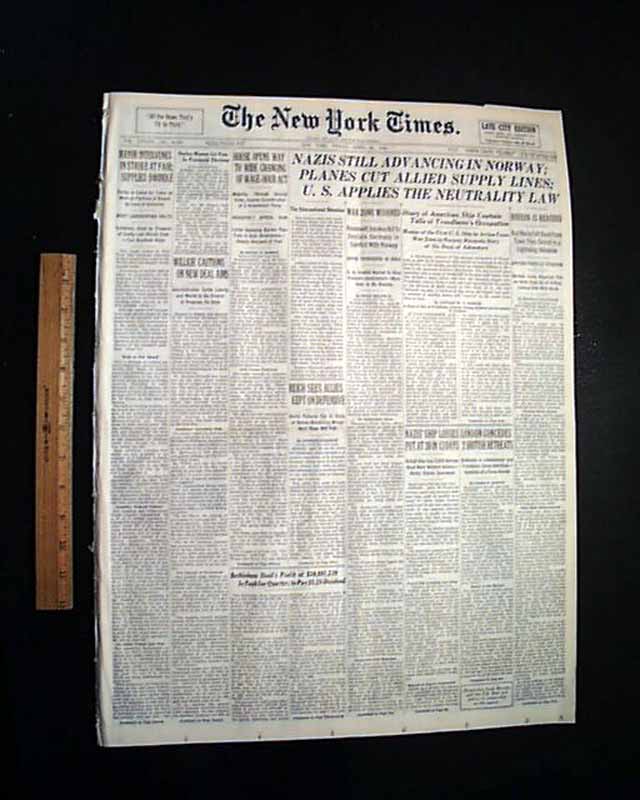 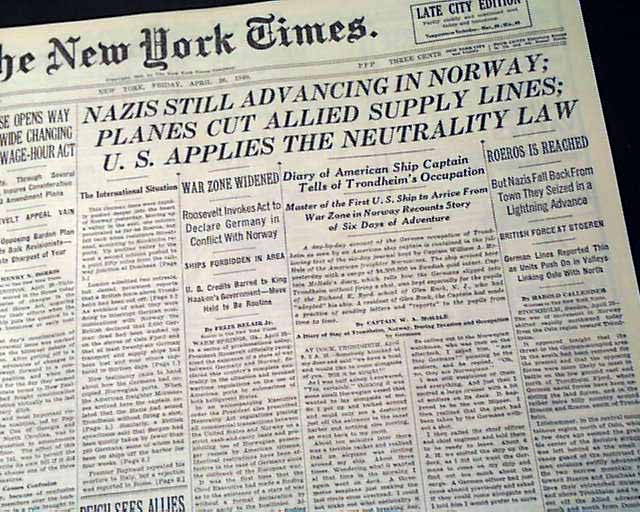 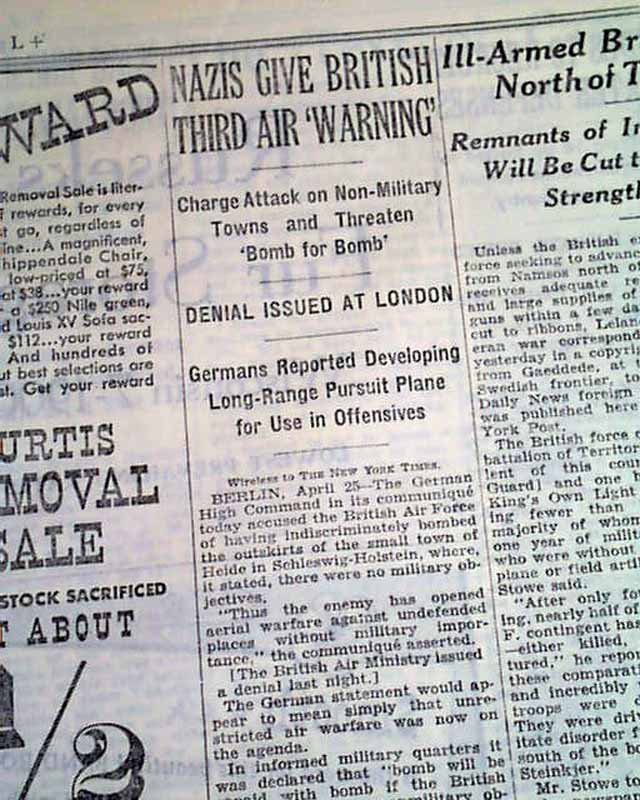 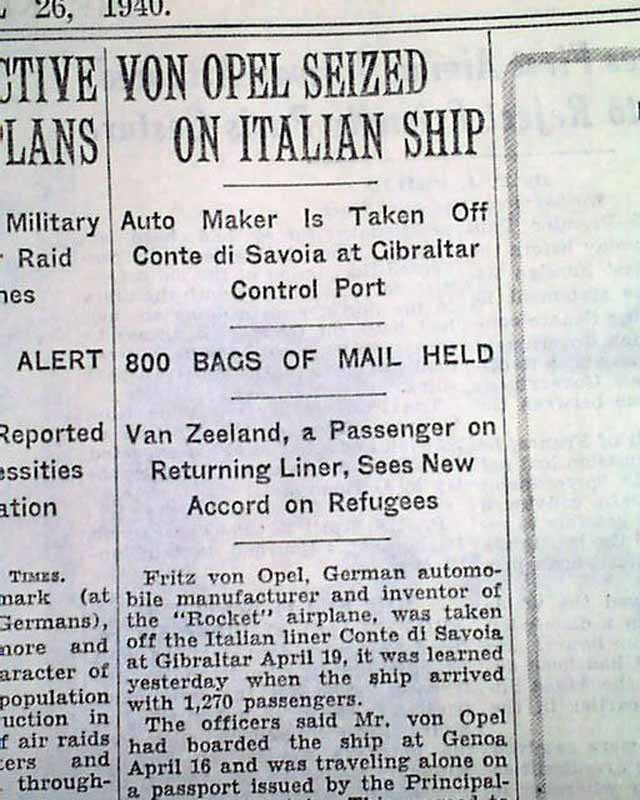 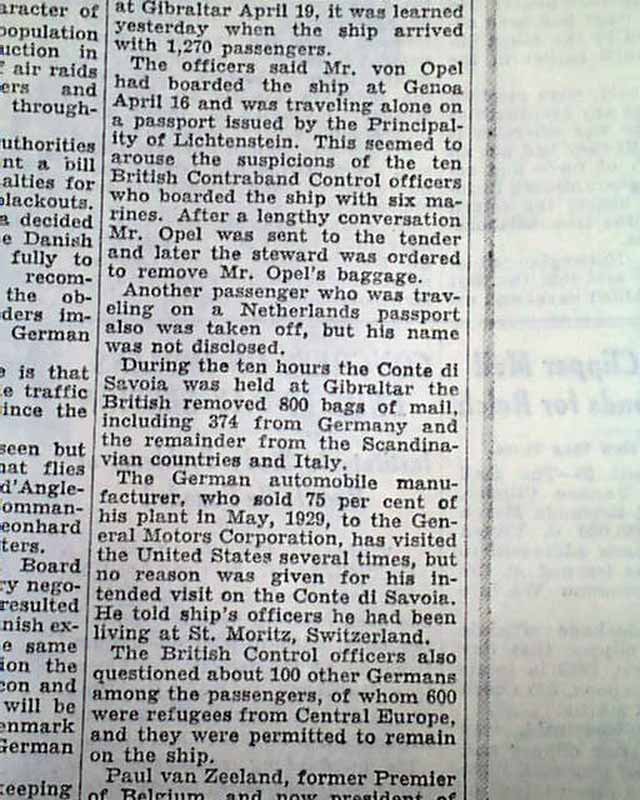 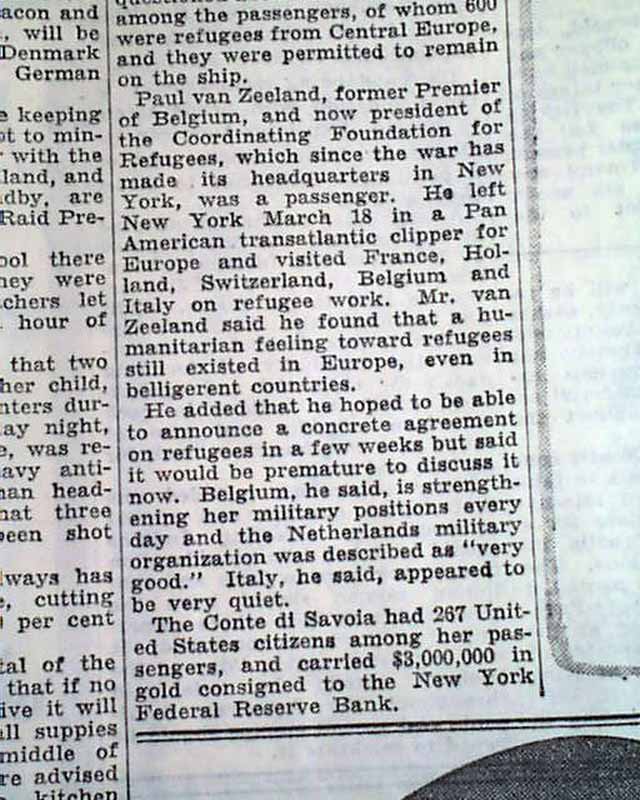