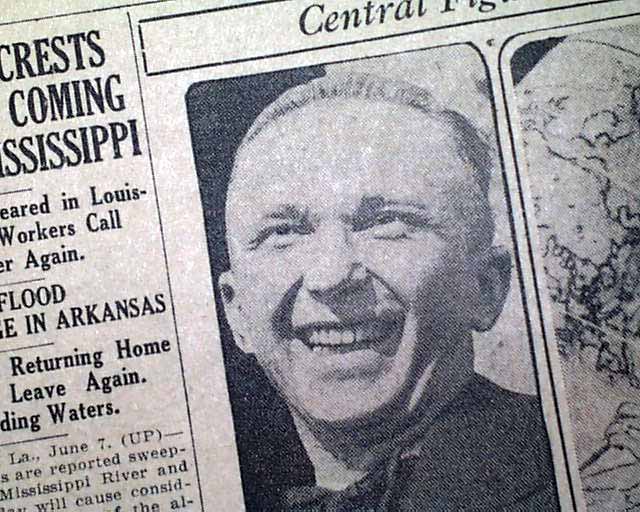 This 20 page newspaper has a nice banner headline on the front page: "CHAMBERLIN LANDS IN BERLIN; COMPLETES FLIGHT" with subheads and related pictorial. (see)