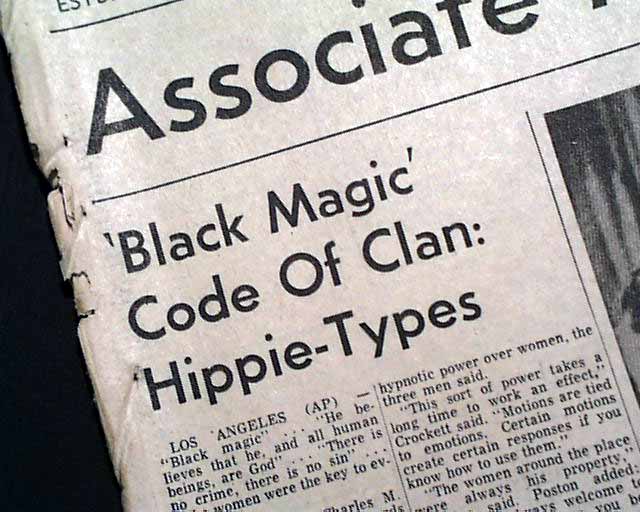 
FITCHBURG SENTINEL, Fitchburg, Massachusetts, December 5, 1969  This 18 page newspaper has a two column headline on the front page: "'Black Magic' Code of Clan: Hippie-Types""Black magic"... "He believes that he, and all human beings, are God"..."There is no crime, there is no sin:... "the women were the key to everything" Three friends of Charles M. Manson used those words Thursday to describe him and the way they say he ruled a clan of nomadic hippie-types on a commune near Death Valley. Prosecutors say they will seek an indictment charging Manson, 35, with conspiracy to commit murder."

Other news of the day, sports and advertisements throughout.