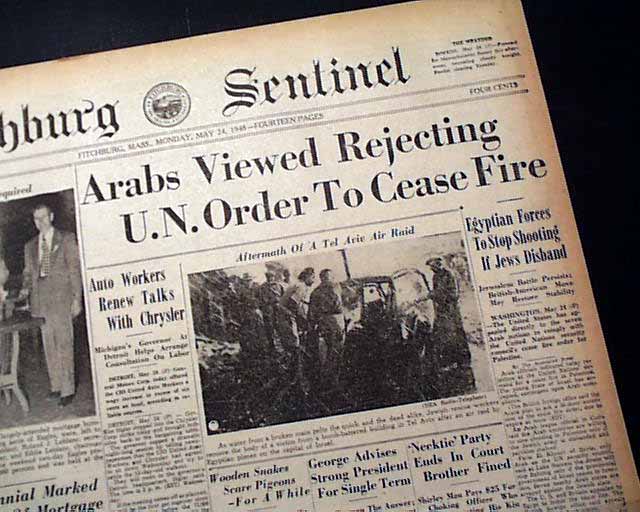 This 14 page newspaper has a five column headline on the front page: "Arabs Viewed Rejecting U.N. Order To Cease Fire" with subheads. (see)