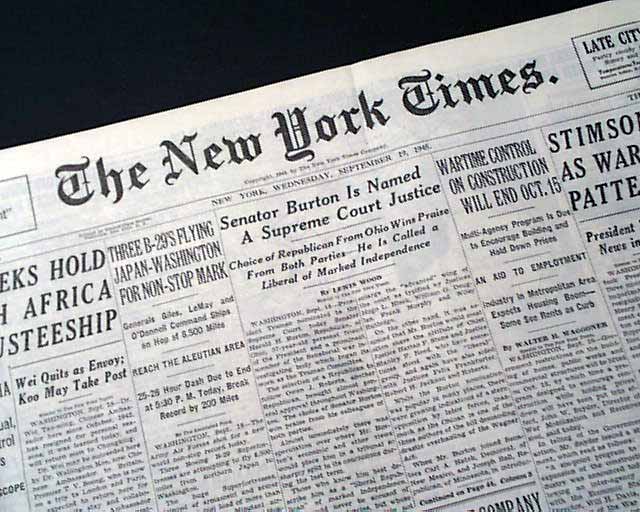 Tells of the use of this secret code in the Pacific Theater during world War II. This is the only mention of these Island Indians during this time in the New York Times.

Other news of the day throughout with much post World War II reporting. Rag edition in very nice condition. 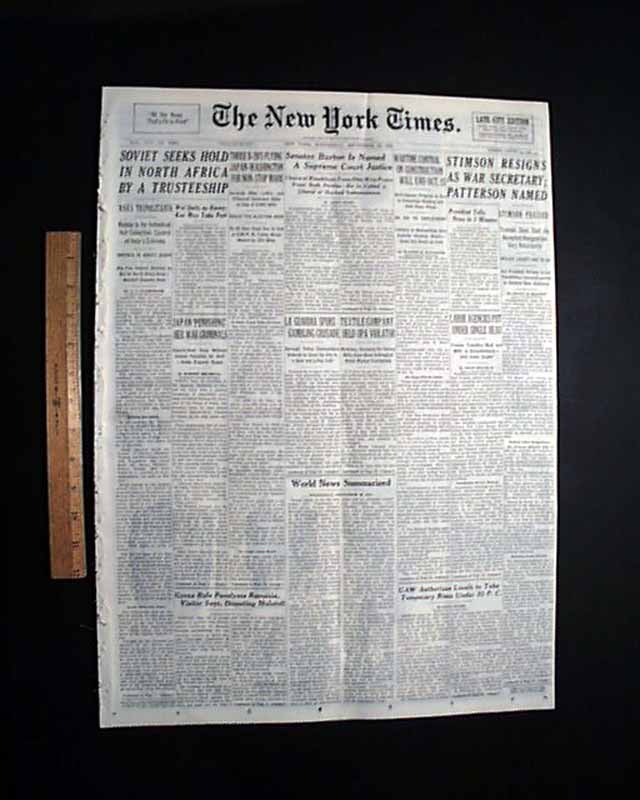 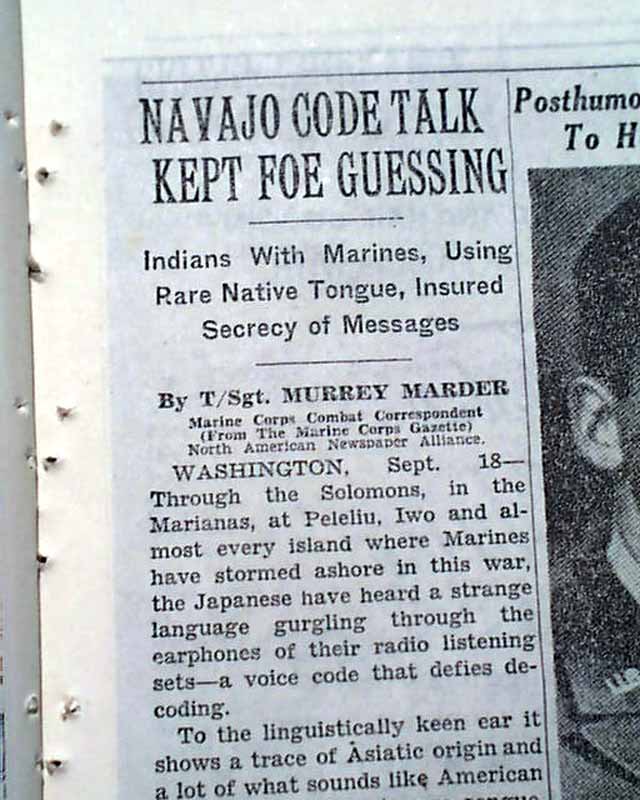 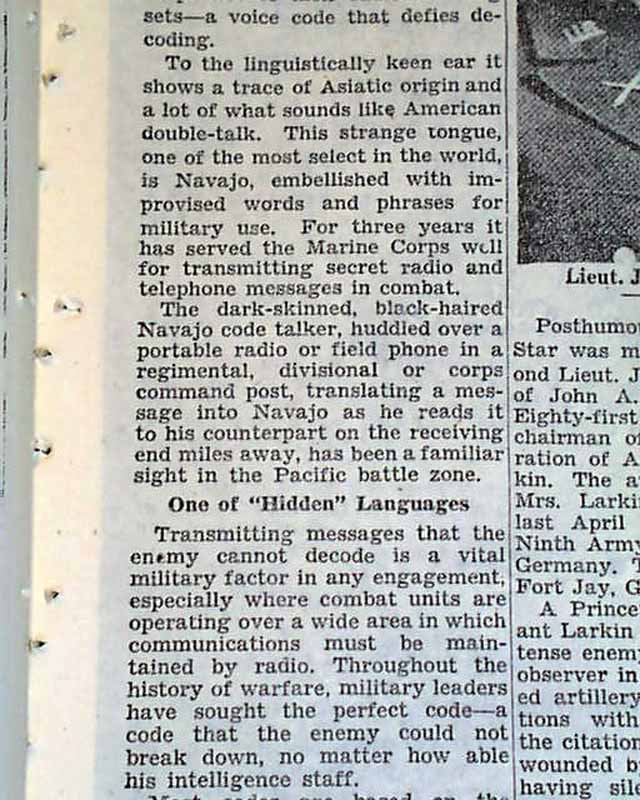 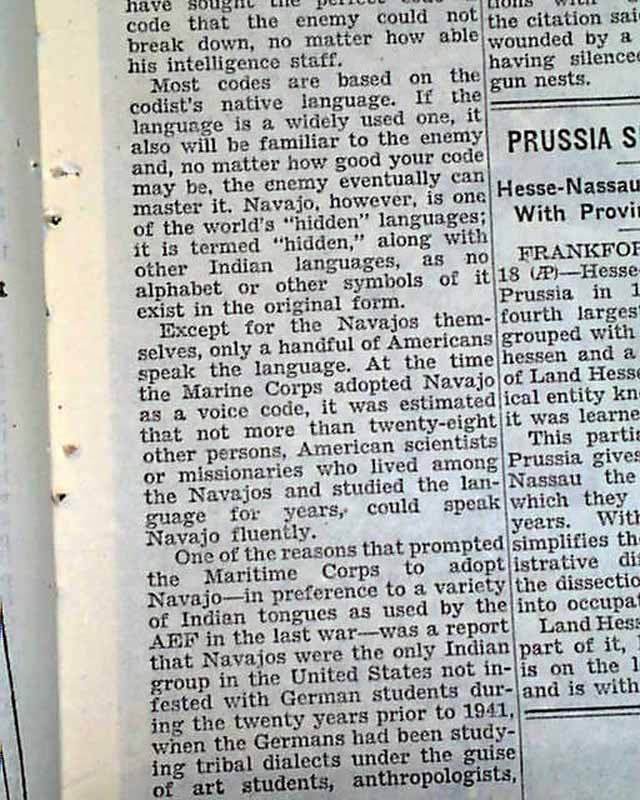 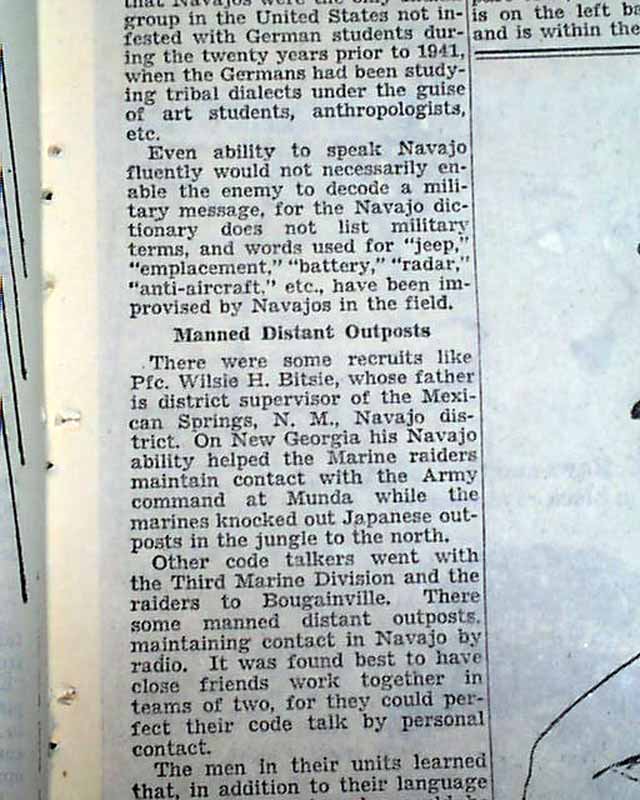 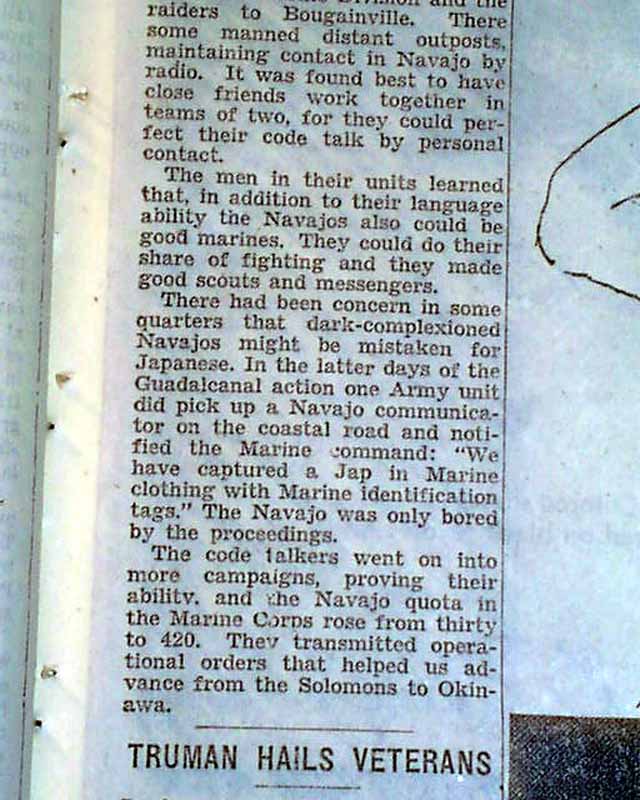