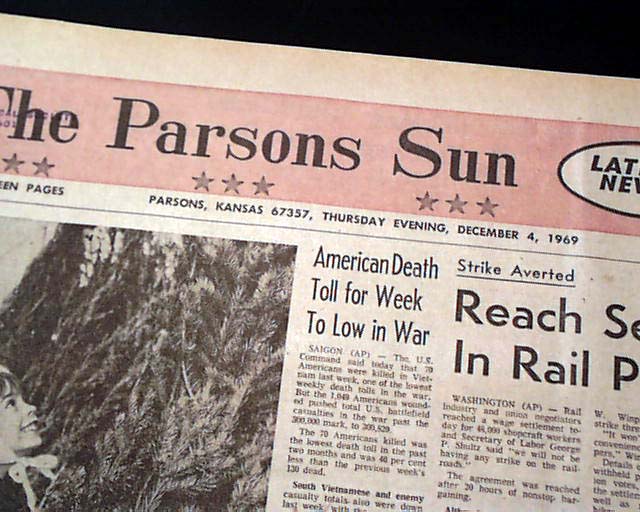 Tells of the arrests of the murderers of  Sharon Tate and rest.

Other news of the day throughout. Few binding holes along the spine, otherwise in good condition.