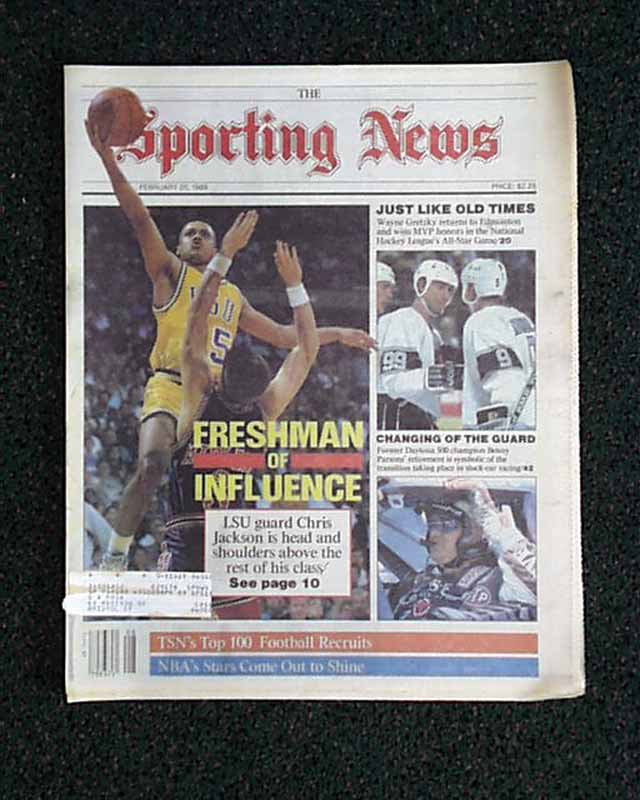 The front page photo of this issue shows "Freshman of Influence--LSU guard Chris Jackson is head and shoulders above the rest of his class".  Some of the items within this issue include: "TSN's Top 100 Football Recruits"; "NBA's Stars Come Out to Shine" and more.