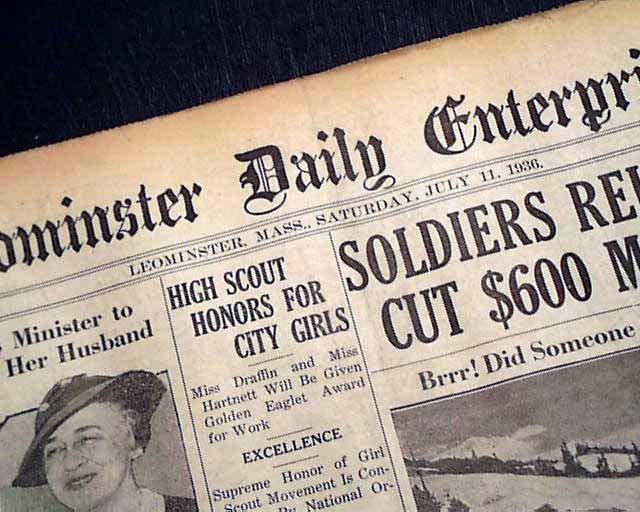 This 8 page newspaper has a two column headline under THE SPORT PARADE on page 3: "Chuck Klein Makes Comeback".

Other news of the day throughout. Light browning with a few small binding holes along the spine, otherwise in good condition.

Klein was born in Indianapolis, Indiana, and was known as the "Hoosier Hammer." He was one of the most prodigious sluggers of the late 1920s and early 1930s.

On July 10, 1936, Klein became the first NL player to slug four home runs in a game in the 20th century. He is one of only 15 players in baseball history to have accomplished that. 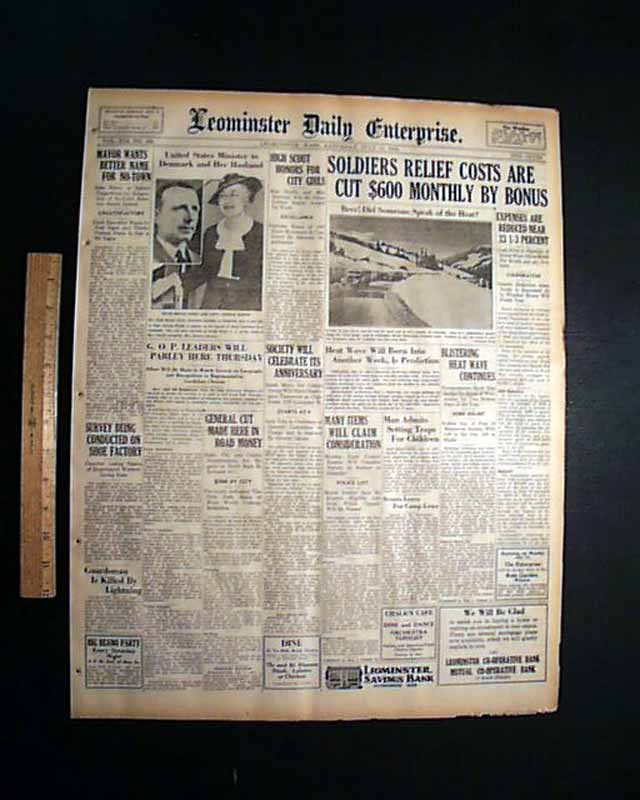 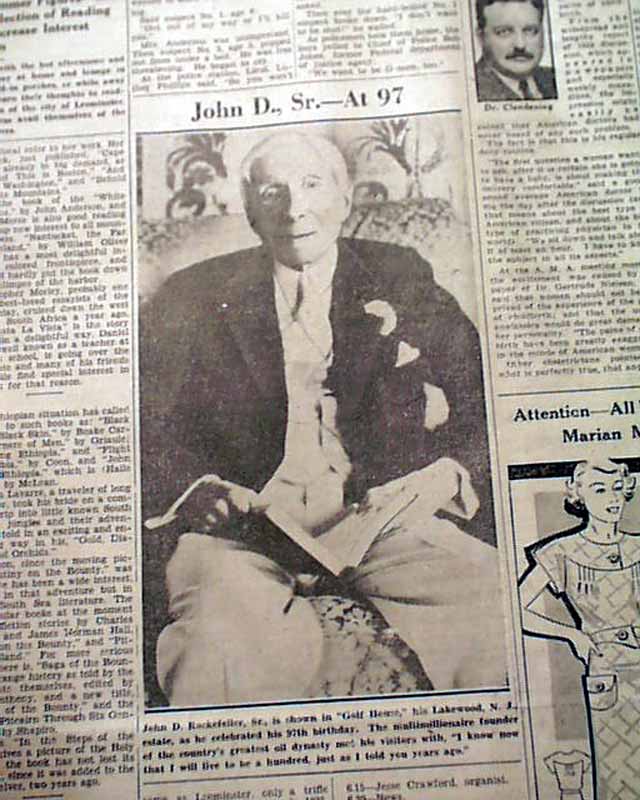 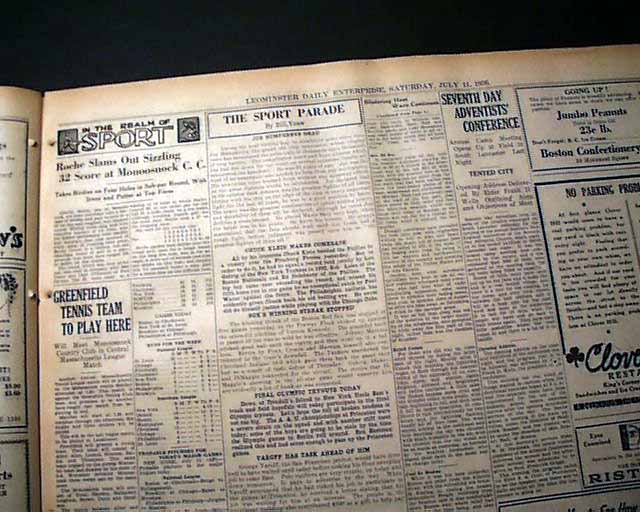 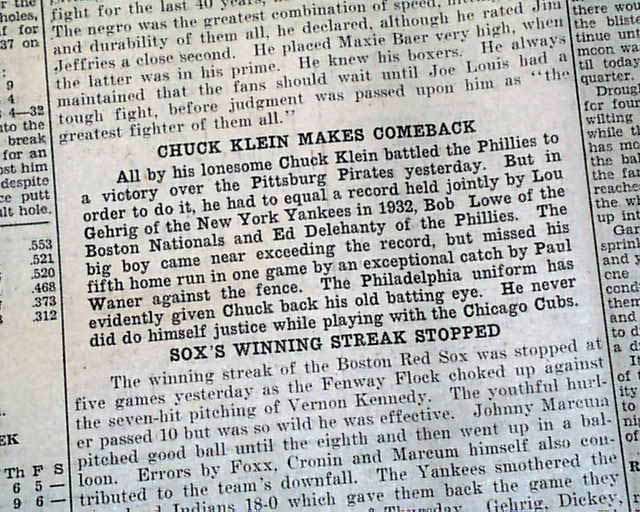