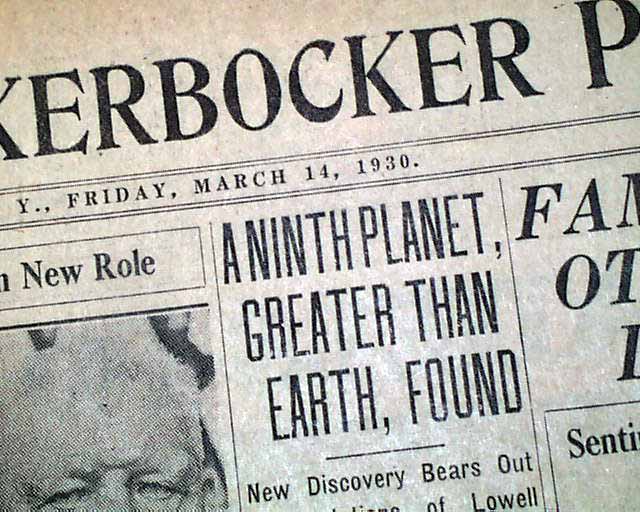 This 24 page newspaper has one column headlines on the front page that include: "A NINTH PLANET, GREATER THAN EARTH, FOUND" "New Discovery Bears Out Calculations of Lowell and is Most Important Since That of Neptune" and more. (see)

wikipedia notes: Tombaugh's task was to systematically image the night sky in pairs of photographs taken two weeks apart, then examine each pair and determine whether any objects had shifted position. Using a machine called a blink comparator, he rapidly shifted back and forth between views of each of the plates, to create the illusion of movement of any objects that had changed position or appearance between photographs. On February 18, 1930, after nearly a year of searching, Tombaugh discovered a possible moving object on photographic plates taken on January 23 and January 29 of that year. A lesser-quality photograph taken on January 21 helped confirm the movement.[24] After the observatory obtained further confirmatory photographs, news of the discovery was telegraphed to the Harvard College Observatory on March 13, 1930. 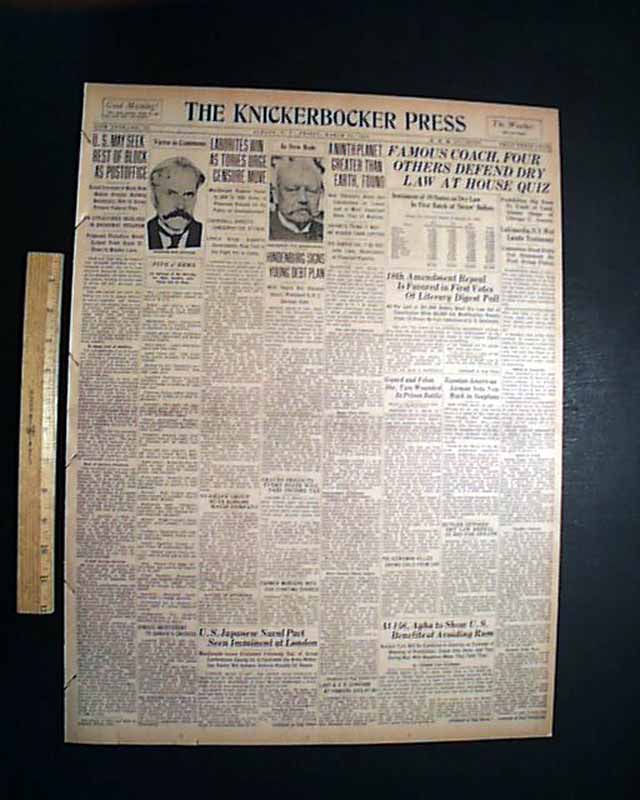 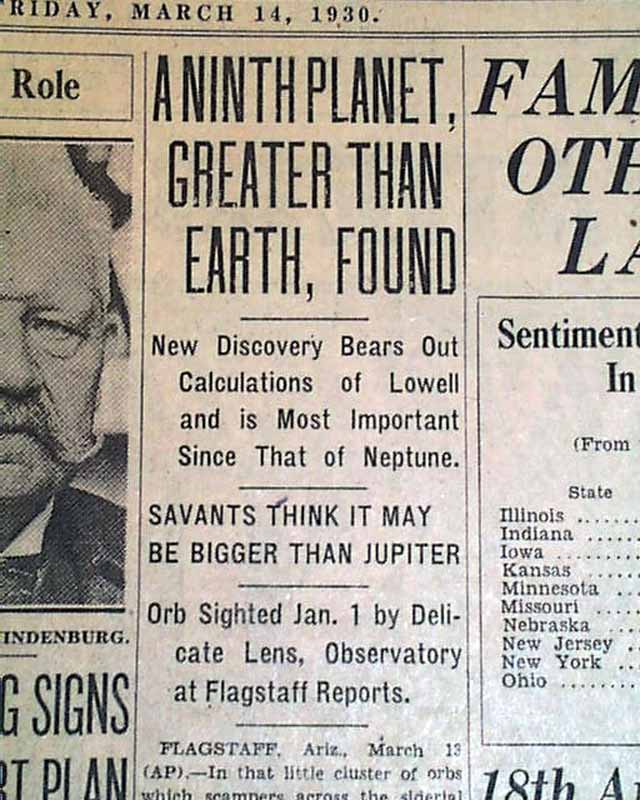 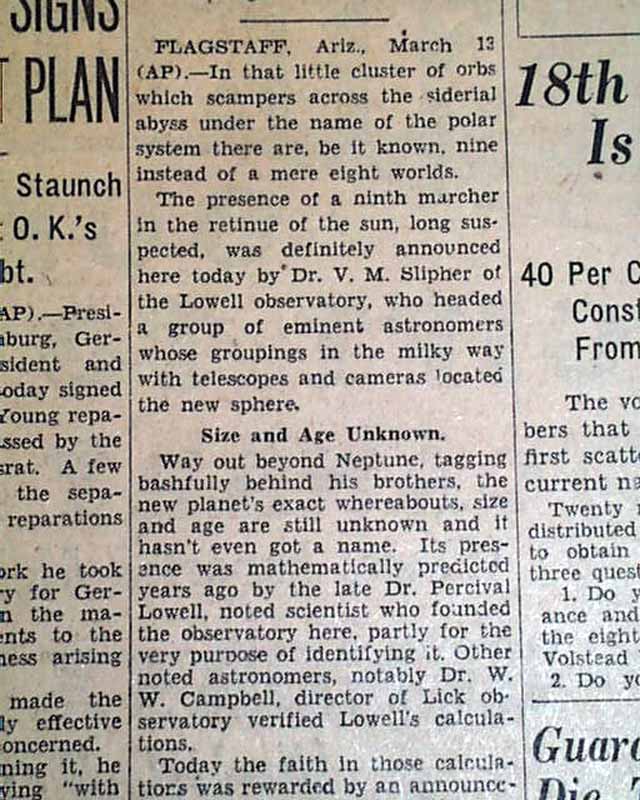 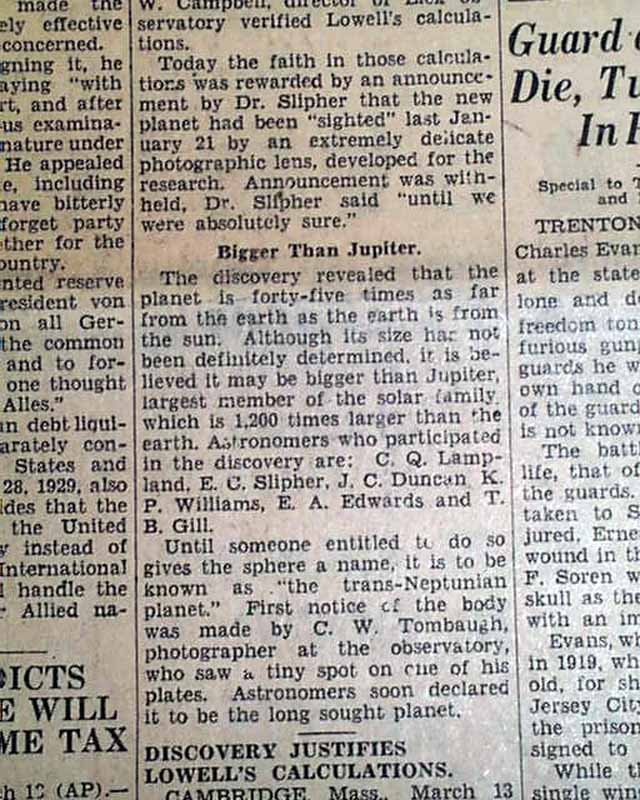 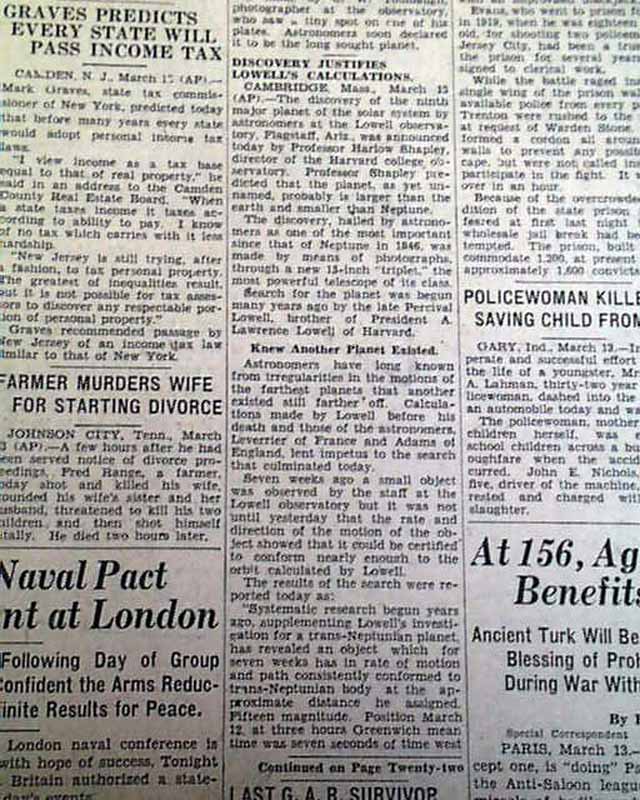 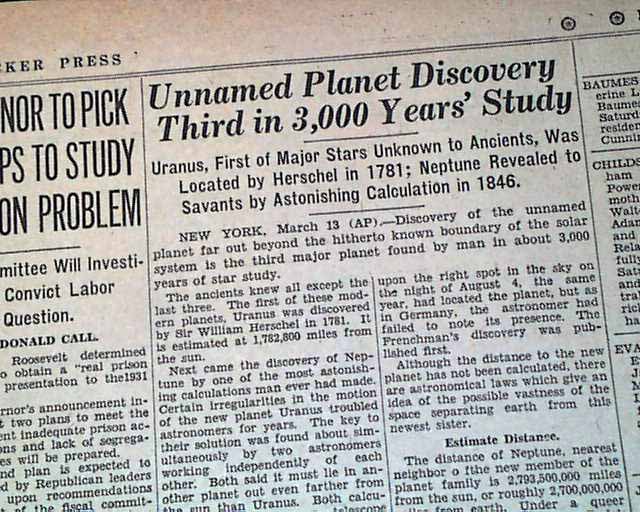