Home > Lou Gehrig has 4 home runs in one game...
Click image to enlarge 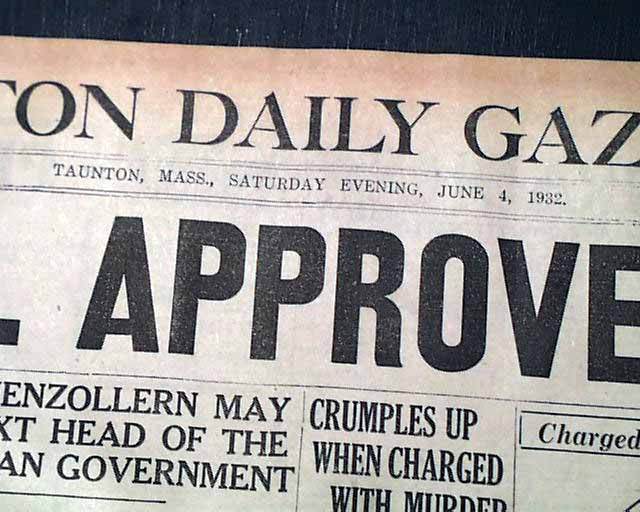 Lou Gehrig has 4 home runs in one game...

This 14 page newspaper has one column headlines on page 5: "GEHRIG IS IN THE BASEBALL HALL OF FAME" and "His Four Homers in a Row Equals Record".

Other news of the day throughout. Light browning with little margin wear, otherwise in good condition. Should be handled with care.

WIKIPEDIA NOTES: In 1932, Gehrig became the first player of the 20th century to hit four home runs in a single game, accomplishing the feat on June 3 against the Philadelphia Athletics.[22] He narrowly missed getting a fifth home run in the game when Athletics center fielder Al Simmons made a leaping catch of another Gehrig-hit fly ball at the centerfield fence. After the game, Manager Joe McCarthy told him, "Well, Lou, nobody can take today away from you..." However, on that same day, John McGraw chose to announce his retirement after 30 years of managing the New York Giants, and so McGraw, not Gehrig, got the headlines in the sports sections the next day and Gehrig, as usual, was overshadowed.