Home > Wright brothers & flight before they made history...
Click image to enlarge 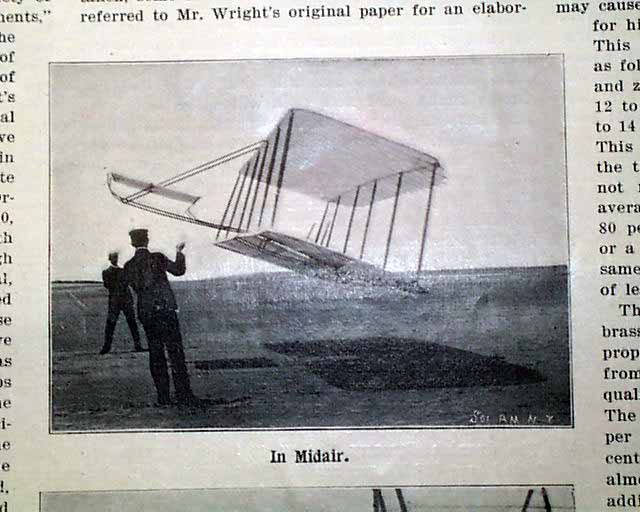 Wright brothers & flight before they made history...


SCIENTIFIC AMERICAN, New York, Feb. 22, 1902  Almost never have we seen any national attention given to the Wright brothers before their historic flight at Kitty Hawk, North Carolina in December of 1903. Indeed, half of the newspapers we have had from that historic month never reported the flight that changed the world.
Here is a rare article titled "Some Aeronautical Experiments" in this respected national science periodical which begins:
"Mr. Wilbur Wright, of Dayton, Ohio, recently read a most interesting paper before the Western Society of Engineers, entitled 'Some Aeronautical Experiments', and the paper was afterward published in the Journal of the Society...we are enabled to present a series of engravings illustrating the article. Mr. Wright's attention was drawn to the study of aeronautical problems a number of years ago..." with much more (see photos).
Equally as intriguing is that this article contains 5 photos of the Wright brothers' early flying machines. A very rare opportunity for a nice items on the Wright brothers before their names would be marked in history forever.
This is the complete in 16 pages, a few minor binding slits at the blank spine margin, otherwise in excellent condition.