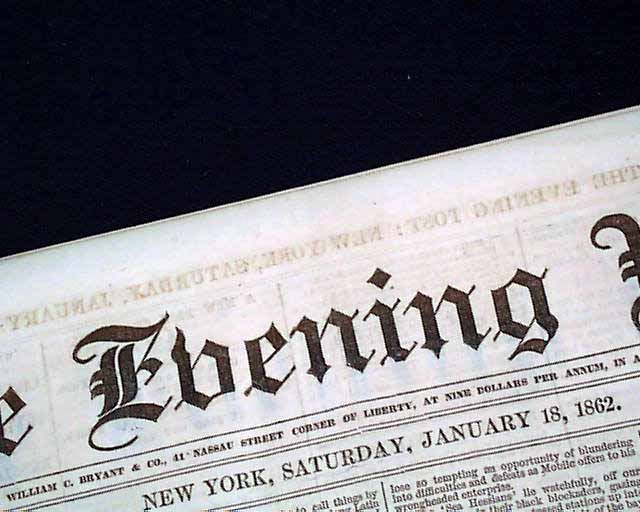 
This 4 page newspaper is in nice condition (except for little margin wear & tear) due to the use of cotton and rag paper during this very historic time in U.S. history. This issue is very large in size (unusual). It measures 30 x 26 inches and loaded with advertisements and Civil War reports throughout from the day it was first reported. Lots of interesting reading. Too much to photograph.

We don't have a big enough folder size for this issue, so it would have to be folded in half inside a large folder if purchased. See photos for some of the content is this issue.

Great column heads on the Battle of B...