Home > Back to Search Results > The real Tom Thumb...
Click image to enlarge 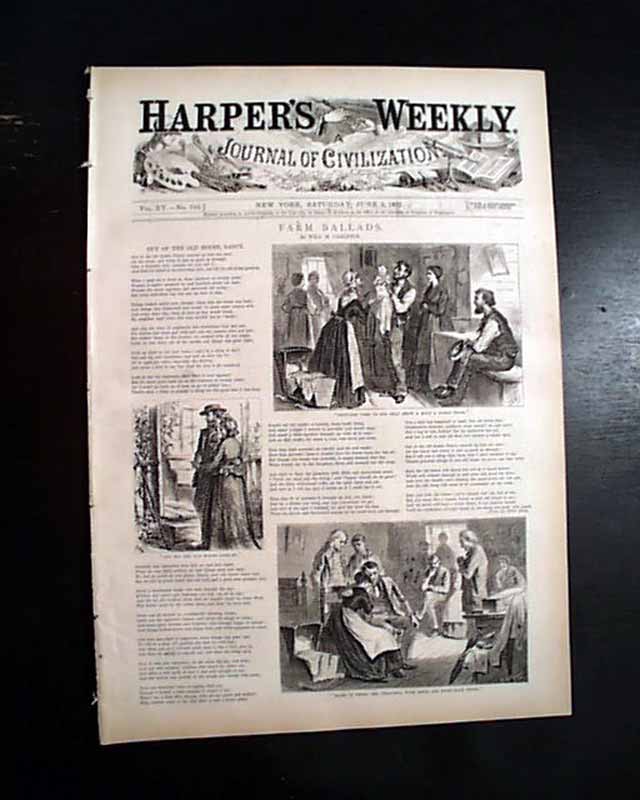 
HARPER'S WEEKLY, June 3, 1871 (with Supplement)
Nearly fullpg: 'Land, Ho! Scene on Board an Emigrant Ship'. 'German Peace Jubilee in Philadelphia'. Small illus. "The Fishery Question" by Thomas Nast has an early (and very small) version of the "modern" Uncle Sam.
Also interesting is the article found in the Supplement, ironically placed below an unrelated image titled, "German Peasants In A Picture Gallery", and under the heading: "Sir Tom Thumb", which connects the contemporary Tom Thumb with the character of the same name in King Arthur's Round Table. It states in part: "...whatever Mr. Barnum may say to the contrary - the real, original Tom Thumb was an important character at King Arthur's Round Table."
Complete in 16 pages, with the additional supplement.