THE GLASGOW MERCURY, Scotland, May 18, 1780  Page 2 has a report headed "America" with news from New York noting in part: "...present government of the province of Connecticut have refused their consent to the requisition made by the continental Congress...for raising & paying into the rebel treasury ...The same disposition prevails in the province of Maryland..." and ... See More 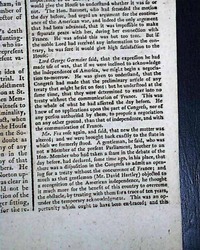 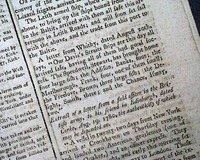