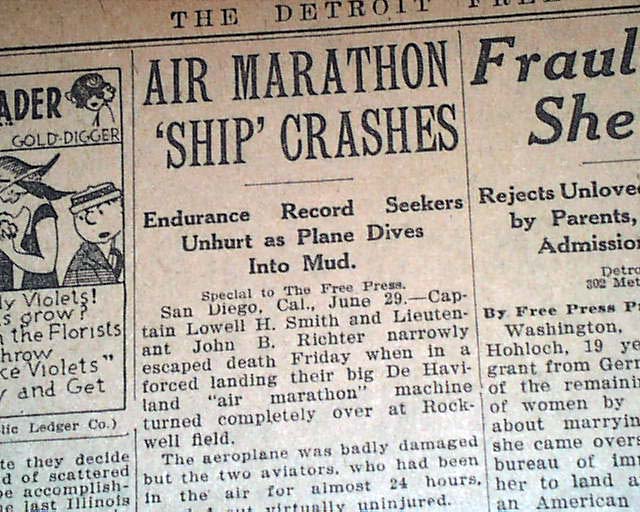 The top of page 2 has a one column heading: "AIR MARATHON 'SHIP' CRASHES" with subhead. (see) Text includes: "...received food, fuel and oil supplies in mid-air..."
Complete with 20 pages, light toning, a little margin wear, should be handled with care.

wikipedia notes: Some of the earliest experiments in aerial refueling took place in the 1920s; two slow-flying aircraft flew in formation, with a hose run down from a hand-held fuel tank on one aircraft and placed into the usual fuel filler of the other. The first mid-air refueling, based on the development of Alexander P. de Seversky, between two planes occurred in June of 1923, between two Airco DH-4B biplanes of the United States Army Air Service.