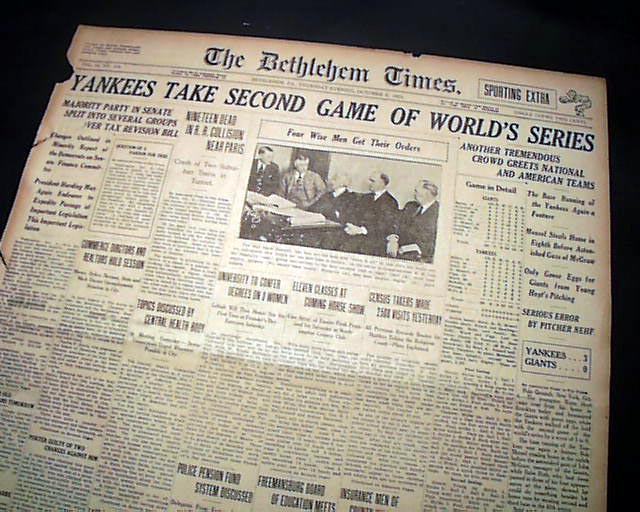 The front page has a nice banner headline: "YANKEES TAKE SECOND GAME OF WORLD'S SERIES" with subheads, box scores and related photo. (see) This was game 2 of the 1921 World Series and more importantly the 2nd World Series game the Yankees participated in making this a very historic and rare item.
Sixteen pages, some margin wear and chipping, must be handled with care. Nice for display as such.