Home > Siege of Leningrad is broken...
Click image to enlarge 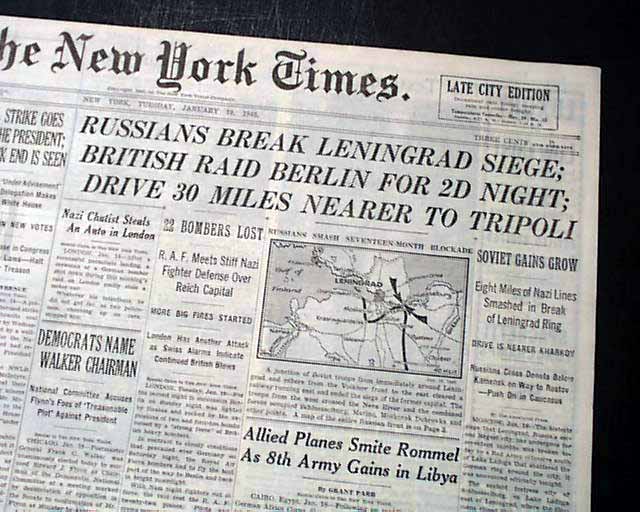 Siege of Leningrad is broken...

The top of the front page has a five column headline: "RUSSIAN BREAK LENINGRAD SIEGE" with subheads that include: "Eight Lines of Nazi Lines Smashed in Break of Leningrad Ring" and more with related map. More inside. 1st report coverage on the Leningrad blockade finally being broken.

Other news, sports and advertisements of the day with much more on World War II. Complete in 40 pages, rag edition in nice condition.