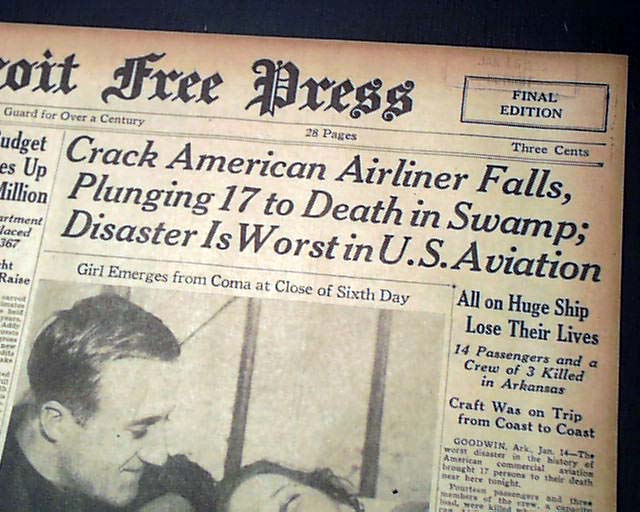 The top of the front page has a four column headline: "Crack American Airliner Falls, Plunging 17 to Death in Swamp; Disaster Is Worst in U.S. Aviation" with subheads.
Complete in 28 pages, light toning and minor wear at the margins, generally nice.