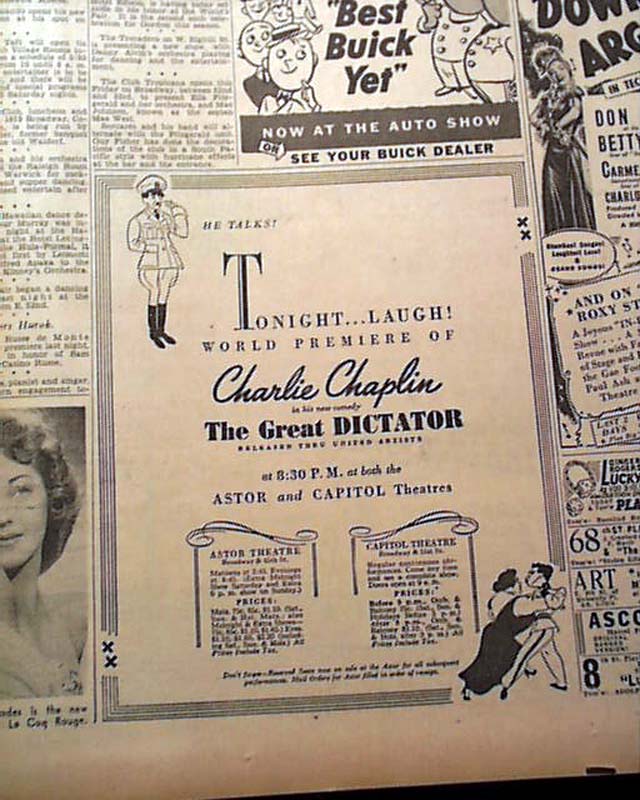 Page 15 has an advertisement for the famous Charlie Chaplin movie "The Great Dictator" This ad measures 7 x 6 inch  advertisement for the film which made it's World premiere in New York City on this day. A few short reports on the film on the same page. (see) Could this be the earliest newspaper advertisement ? Chaplin later claimed he would never has made the movie if he knew the extent of the horrors of the concentration camps at the time.
Complete with 34 pages, light toning and minor wear at the margins, small binding holes along the spine, generally in good condition.