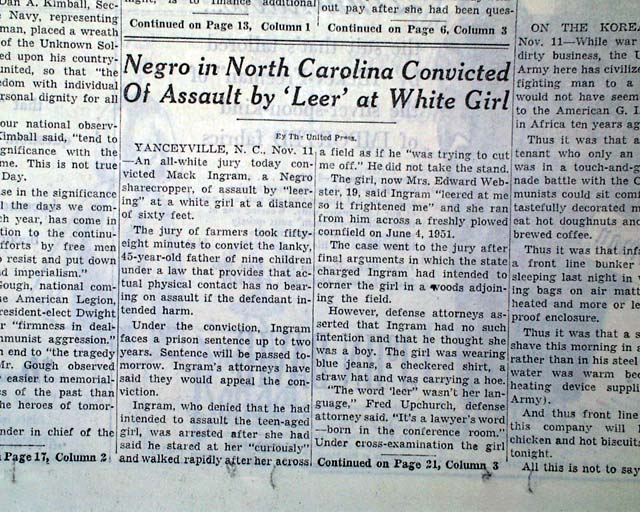 The front page has: "Negro in North Carolina Convicted Of Assault by 'Leer' at White Girl", which continues on page 21. It tells of sharecropper Mack Ingram's conviction of assaulting a white woman by leering at her from 60 feet. The trial became the subject of much Communist propaganda. The details are worth reading.
Page 13 has the entire text of President Dwight D. Eisenhower's third "Crusade of Freedom Speech" - a speech given just a few days after being elected President.
Fifty-Six pages, rag edition, a bit rough on the left spine, but in great condition.