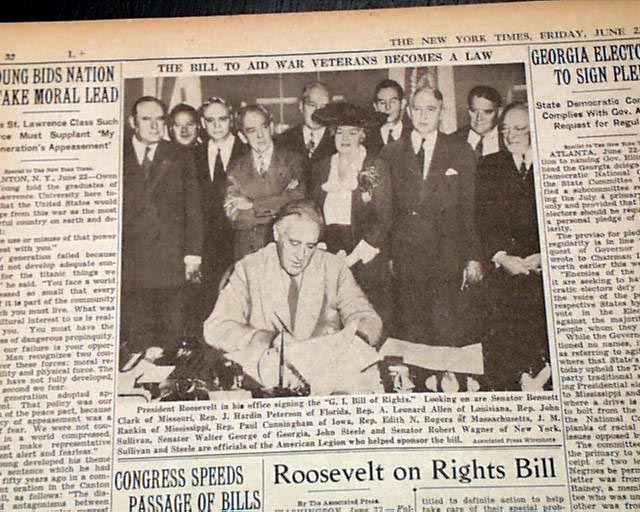 The front page has a one column heading: "ROOSEVELT SIGNS 'G.I. BILL OF RIGHTS'" with subhead. Continues on the back page (pg. 32) with photo of the signing by President Franklin D. Roosevelt.
Other news, sports and advertisements of the day with much on World War II and the aftermath of D-Day. Complete in 32 pages, light toning at the margins, nice condition.