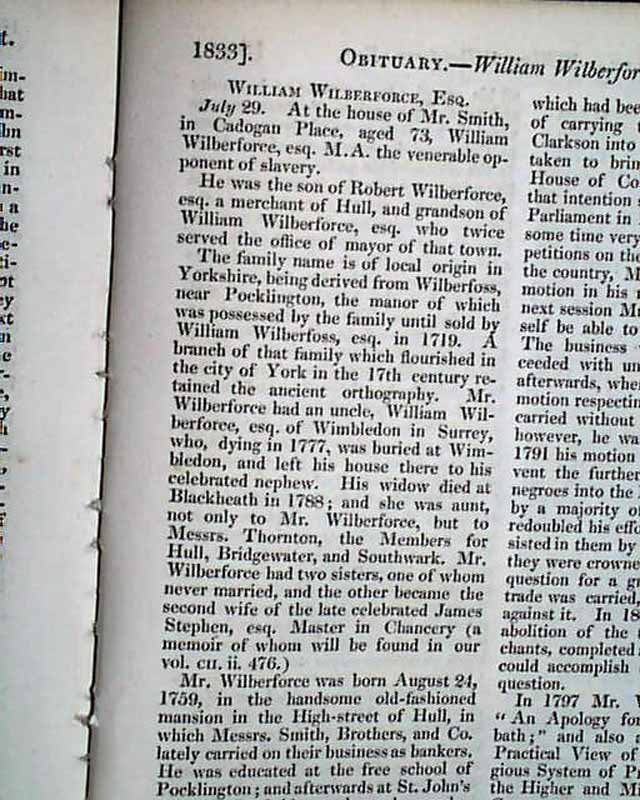 THE GENTLEMAN'S MAGAZINE, London, England, September, 1833  Near the back is the: "Obituary - William Wilberforce" which takes over 3 pages. Wilberforce was a member of Parliament who lead the charge to abolish slavery. The historic Slavery Abolition Act of 1833 would receive the Royal Assent on Aug. 26, less than a month after his death. See the internet for much more on the significance of this act which would abolish slavery throughout the United Kingdom.
The issue begins with a letter: "Establishment of the British Empire In India" which was nearly a century old, with some focus on slavery in India and the suppression of it. This articles takes nearly 6 pages. Yet another brief articles has: "Armenian Christians". Included is the foldout plate called for, plus other unrelated illustrations.
Complete in 96 pages, 5 1/4 by 8 1/2 inches, full title/contents page, and although the title page is close-trimmed, the remainder of the issue is in excellent condition.