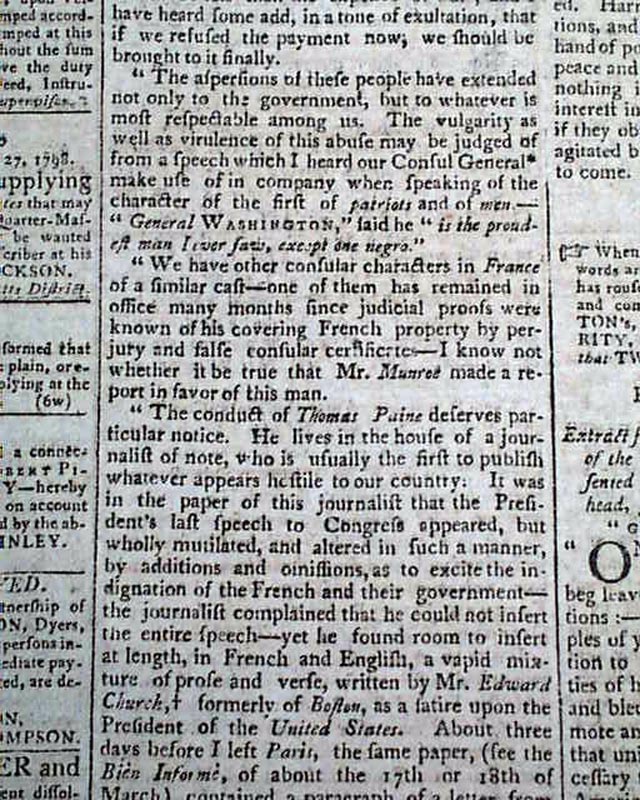 The front page has an extract of the President's answer to the Address of the (Society of) Cincinnati of Pennsylvania, signed in type: John Adams. Also has his answer to an address from the Legislature of New Hampshire, signed in type: John Adams.
Also on the front page is much on the: "Summary of French Affairs" which related to the on-going XYZ Affair, one bit noting: "...the conduct of Thomas Paine deserves particular notice. He lives in the house of a journalist of note, who is usually the first to publish whatever appears hostile to our country..." with more.
Inside includes: "A French Pirate Captured" "French Barbarity" "American Cockade" and much more.
Four pages, nice condition.