Home > Back to Search Results > Premiere of "Beethoven" and "Thunderheart", in a Los Angeles newspaper...
Click image to enlarge 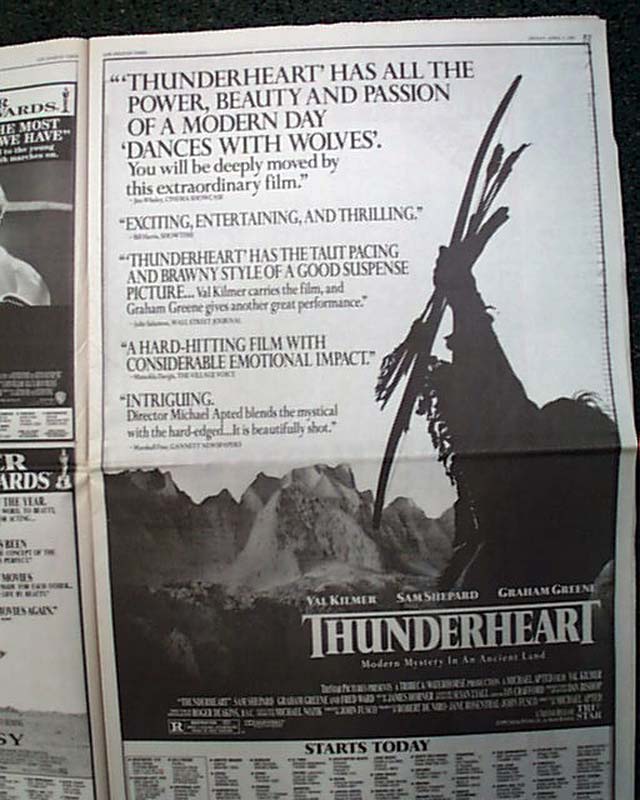 Premiere of "Beethoven" and "Thunderheart", in a Los Angeles newspaper...

This issue shows a full-page movie premiere advertisement for "Beethoven" and "Thunderheart", both accompanied with reviews. Other popular movie advertisements include "The Silence of the Lambs", "Bugsy", "JFK" and "The Cutting Edge". Also present is a nearly full-page advertisement for a Double Feature of "Newsies" and "Beauty and the Beast" showing at Disneyland.  Perhaps no better issue could be found than this, the leading newspaper from the home of the entertainment industry - the Hollywood area's prime publication.

Contains only the Calendar Section and is in good condition.