Home > Back to Search Results > Nixon is elected President of the United States...
Click image to enlarge 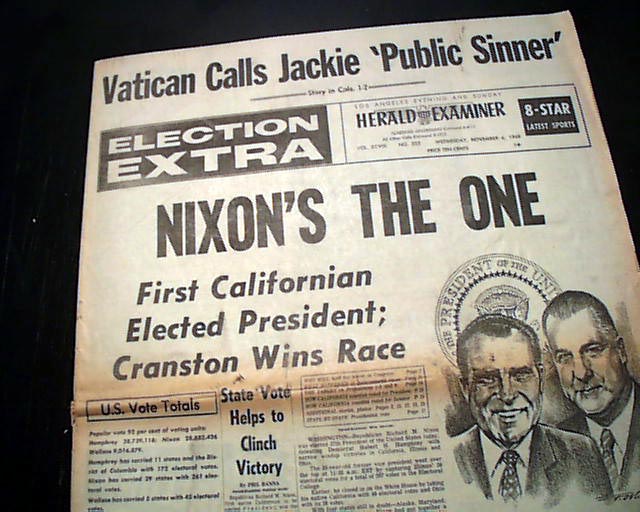 Nixon is elected President of the United States...

The front page has a nice banner headline: "NIXON'S THE ONE" with subhead and related photo. Nice for display. Nice to have in a California publication, the state that Nixon over the top for the win.
Complete 1st section only with 24 pages, light toning and minor wear along the spine, generally good.