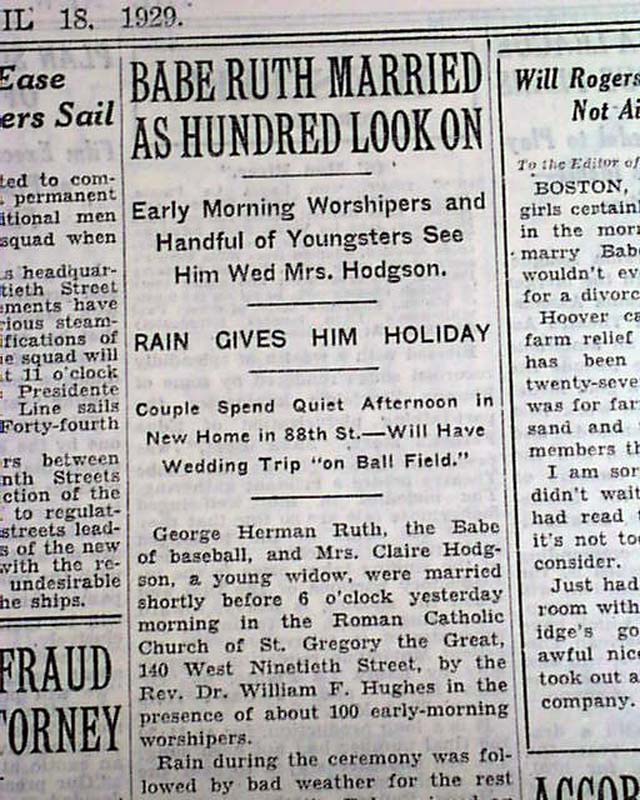 Page 31 has one column headings that include: "BABE RUTH MARRIED AS HUNDRED LOOK ON" "Early Morning Worshipers and Handful of Youngsters See Him Wed Mrs. Hodgson" and more with smaller subheads. First report coverage on the wedding of Babe Ruth and Claire Hodgson on what was supposed to be the opening day of the 1929 baseball season at Yankee Stadium. However rain canceled the game for that day. Always nice to have notable events in history reported in this World famous publication, especially on this topic.
Other news, sports and advertisements of the day. Complete in 60 pages, this is the rare rag edition that was produced on very high quality newsprint, with a high percentage of cotton & linen content, allowing the issues to remain very white & sturdy into the present. Given the subscription cost, libraries & institutions rather than individuals were the primary subscribers of these high-quality editions. A few small binding slits along the spine, very nice condition.