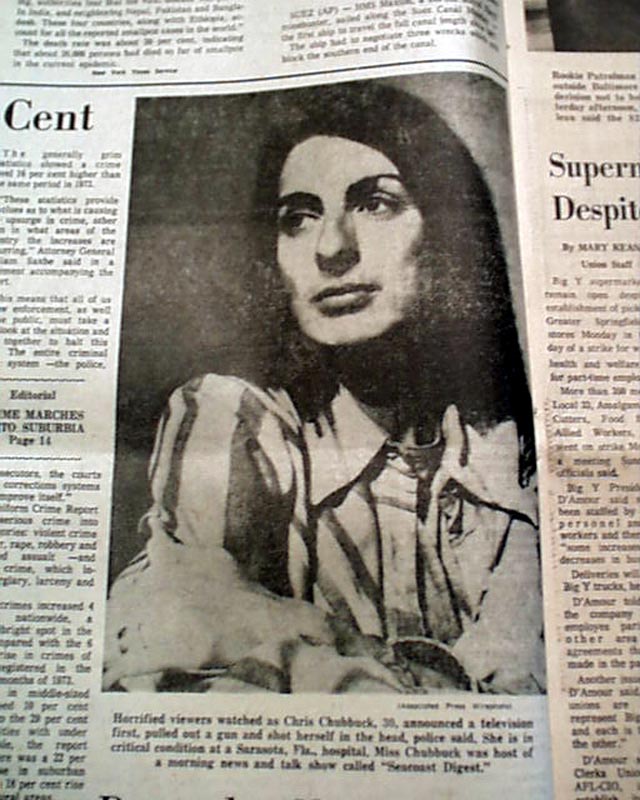 The bottom of the front page has a five column heading: "TV Newswoman Airs Own Suicide" Photo of her is page 2. (see) First report coverage on the suicide death of Christine Chubbuck live on television. This was the very first such case.
Complete with 36 pages, nice condition.