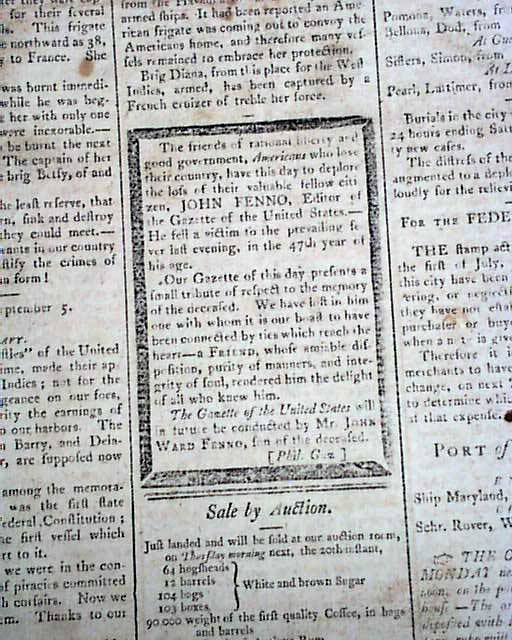 Page 3 has a black-bordered report of the death of the newspaper editor John Fenno, publisher of the famed Gazette of the United States from Philadelphia.
Four pages, handsome masthead, nice condition.